US withdraws its citizens from Ukraine amid fears of war 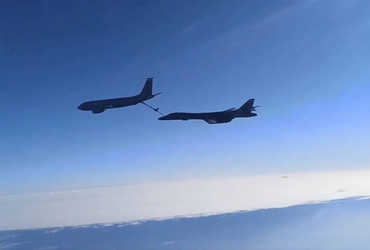 The United States has ordered the repatriation of citizens, including the families of employees working at the Ukrainian embassy. After the US order, there are fears of a NATO-Russia war in Ukraine.
The situation in Ukraine is getting tense. NATO has also sent warships and fighter jets to Eastern Europe following the deployment of troops by Russia. The US has ordered its citizens to return home amid fears of war in Ukraine. The US Interior Department said in a statement that the security situation in the country has become more serious due to tensions along the Ukrainian border. In that case, it would be appropriate for US citizens living in Ukraine to return home. The United States has advised citizens, including the families of embassy staff, to leave Ukraine.
Meanwhile, Britain has claimed that Russia is plotting to overthrow Ukraine. In this regard, the Foreign Minister of Russia made a statement. Russia has said that no steps are being taken to create a political crisis in Ukraine. There is no truth in such claim.
British Foreign Office officials claim steps are being taken to make pro-Russian lawmaker Yanaev Murayev head of Ukraine’s government. Britain also said the leaders were in contact with Russian intelligence.
NATO, on the other hand, reported sending weapons to Eastern Europe, including warships and fighter jets. An official NATO statement said more warships and fighter jets were being sent to Eastern Europe. NATO has also stepped up military activity in Eastern Europe as Russia has deployed thousands of troops along the Ukrainian border. NATO troops are being deployed near the Baltic Sea. This has sparked a war between the US-led NATO forces and Russia over Ukraine.