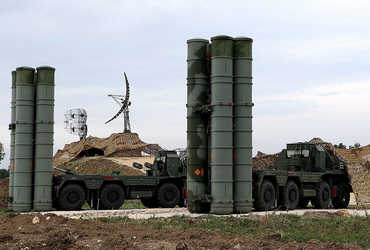 Washington, Ta. 3
Rising tensions between the US and Russia over Ukraine have raised concerns in India. India’s purchase of the S-400 missile system from Russia has once again raised the issue of CAATSA sanctions on India in the United States. The United States, which has been increasingly aggressive on Russia over the Ukraine issue, has now said that Russia’s sale of the S-400 missile defense system to India highlights Russia’s role in destabilizing the region and beyond. India, on the other hand, defended the purchase of this system, saying that it pursued an independent foreign policy keeping the country’s security in mind.
Despite strong US protests and threats of sanctions, India signed a 5 billion deal with Russia in October 2015 to buy the S-400 missile defense system. The then Trump administration had also threatened sanctions on India in return for the deal. Despite America’s opposition, India refused to withdraw its decision. The then US President signed the CAATSA Act on 2 August 2015, under which the US imposed new sanctions on Russia, North Korea and Iran. It puts US foreign policy or its security interests first and recommends sanctions on countries that make major deals with banned countries.
The United States has repeatedly warned India against buying the multi-billion dollar S-400 missile defense system from Russia. However, India is moving ahead with the S-400 missile system deal with Russia. There has been a face-off between Russia and the US for some time over the Ukraine issue. Ned said, “We have not yet made a decision on this purchase when it comes to CAATSA (Countering America’s Adversaries Through Sanctions Act) sanctions, but we will discuss the issue of this purchase with the Indian government regarding the risk of sanctions.” We are in constant touch.” Price, State Department spokesman. it is us.
Russia is selling S-400 systems to India amid heightened tensions between the US and Russia over Russia’s threat to attack Ukraine, when asked how it would affect US-India bilateral ties, Ned Price said. , “Whether it is India or any other country, we urge all but one country not to enter into any new arms deal with Russia. Biden administration has yet to take any decision on imposing CAATSA sanctions on India. The US is believed not to impose sanctions on China as it needs India. On the other hand, expressing concern over the purchase of the S-400 missile system by the US from Russia, India on Friday clarified that it is a Adopts an independent foreign policy, which also applies to defense procurement and supplies. “India and the United States have a comprehensive global strategic partnership,” said Arindam Bagchi, spokesperson for the Ministry of External Affairs. India and Russia have a special strategic partnership. We Follows an independent foreign policy, which also applies to our defense acquisitions.S-400 missile defense system India Best for security.