US warns China not to interfere in Taiwan in Ukraine crisis: US 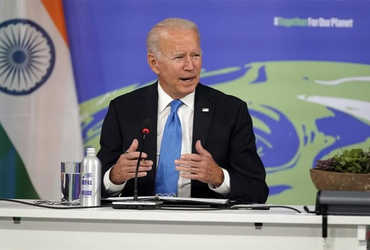 Don’t take advantage of this as an extension of your intervention in Taiwan. America has already laid siege to China.

China’s intention regarding Taiwan is not good, where America and other countries are constantly making it aware, even the dragon is not ready to back down. The United States has deployed two nuclear-armed warships, one in the Philippine Sea and the other in Yokosuka, Japan. Through which he has given a strong message to China that it should stay away from Taiwan.

China has also responded to America by deploying its People’s Liberation Army. The PLA on Sunday sent 39 fighter jets to Taiwan’s southwest air defense zone. This includes large-scale fighter jets such as the J-10 and J-16.

Meanwhile, Taiwan’s air force has activated air patrols and surface-to-air missile systems to protect the PLA from any aggression. For the first time since October 2021, the PLA has deployed such a larger number of warplanes than the US study.