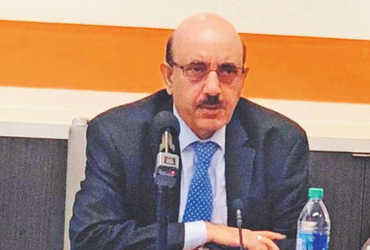 Masood Khan praised Burhan Wani, a terrorist killed in India and was a fan of foreign terrorist organizations

He said he was against the interests of our Indian allies and sympathized with the threat posed by terrorism across the region. The move is being seen as a step towards deepening US-Pakistan ties.

US Congressman urged US President Joe Biden to reject any diplomatic appointment of Masood Khan. Excited by the denial of Masood’s appointment, Perry said that not only the United States but any jihadist ideologue or pro-bono appointed by the Pakistani administration should be dismissed in future.

He said in his letter that Masood Khan inspires youth to become jihadis like Burhan Wani. Burhan Wani was the commander of Hezbollah Mujahideen. He started a war with India. He said that Masood Khan was a fan of terrorists and foreign terrorist organizations. In 2014, Khan criticized the Hizbul Mujahideen leader for calling him a terrorist. He also appeared on behalf of Fazal-ur-Rehman Khalil, who was designated a global terrorist in 2012, and is the founder of the US-designated terrorist organization Harkat-ul-Mujahideen. Khalil was known for his close ties to al-Qaeda. He had close ties with bin Laden before he was killed.