US specializes in destruction, but not interested in rebuilding: China 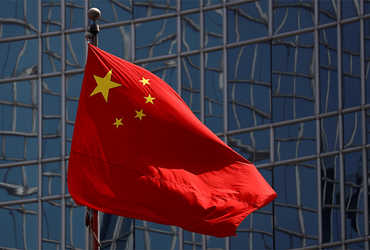 – Crops. Terrorists attack on Kashmir with the help of Taliban

IS and al-Qaeda will strengthen, threat to other countries will increase: UK

BEIJING/NEW DELHI: China has praised the Taliban on one hand and criticized the US on the other, saying that America is only interested in causing havoc, not in its reconstruction. China’s statement came after the US withdrew its troops from Afghanistan in the wake of the Taliban coming to power. On the other hand, Pakistan’s terrorist organizations are now happy that Afghanistan has come into the hands of the Taliban. According to experts, Pakistani terrorist organizations can infiltrate Kashmir with Taliban terrorists at any time. Which is like an alarm bell for India.

According to a report, along with the Taliban, Pakistani terrorists are being feared to attack Kashmir anytime through the Pakistan-China Business Corridor. That is why India is also keeping a close watch on what is happening in Afghanistan. On the other hand, different countries are expressing different views on the fall of power to the Taliban. China-Pakistan are with the Taliban and have started praising. Whereas countries like Britain are making the opposite statement.

Britain: India’s Foreign Secretary Dominic Raab has said that India is an important ally in Asia. In our view, India can play an important role in the ever-changing situation of Taliban terror in Afghanistan. We also want to make sure that the UK Or there is no terrorist attack on any other country. Dominic Rabb firmly believes that India can also play an effective role in negotiations with China or Russia on the issue of Afghanistan. Britain has also said that with the Taliban coming to power, terrorist groups such as IS and al-Qaeda could be strengthened. Which is equally a threat to other countries.

China: Meanwhile, Chinese President Xi Jinping has been attacking Taliban since the day of Kabul’s defeat. “We stand ready to develop friendly relations with the Taliban in Afghanistan,” a Chinese spokesman said. Earlier on July 7, Chinese Foreign Minister Wang Yi held a meeting with a nine-member Taliban delegation in Tianjin. The delegation also included Mullah Abdul Ghani Baradar, one of the founders of the Taliban. A Chinese spokesman described the Taliban as a “disciplined organization” and praised the way they had taken control of Kabul.

Pakistan: Pakistan Prime Minister Imran Khan is happy with the victory of Taliban over Afghan forces. Imran Khan has even said that Taliban leaders deserve praise for liberating the Afghan people (Western countries, especially the US). The Taliban have actually freed Afghan people who have been enslaved for years.