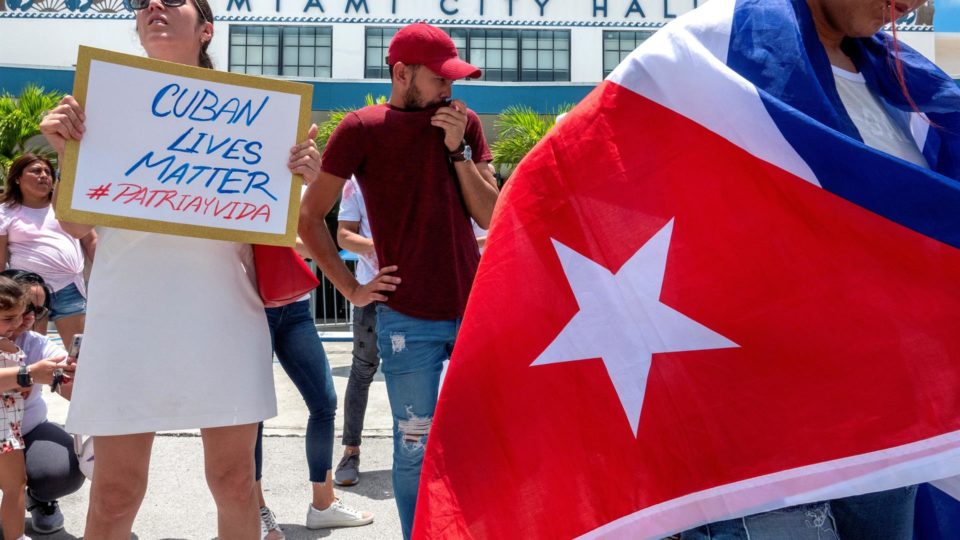 Cuban-born US Senator Marco Rubio offered to help Black Lives Matter (BLM) leaders “emigrate” to Cuba, in response to a statement by the anti-racist movement that attributed the Caribbean country’s dire economic situation to the US trade embargo.

“My office is ready to help the leaders of the Black Lives Matter organization migrate to #Cuba,” Republican Party Rubio wrote on Twitter.

The statement by the BLM World Foundation on the situation in Cuba, where since last Sunday there have been peaceful protests that have been suppressed by the authorities, has been badly received by the large Cuban community living in the south of the country. State of Florida.

During a rally in support of the protests on Thursday, a woman held up a poster with the message “Cuban Lives Matter” (“Cuban Lives Matter”), in clear reference to the organization denouncing police violence against Afro- Americans and gained more strength after the death of George Floyd in 2020, brought on by a white policeman.

South Florida politicians on Thursday criticized the BLM’s Instagram statement and accused the organization of supporting a government that oppresses people peacefully exercising their right to free speech.

According to the BLM, the protests in Cuba are the result of “years of embargo”, a policy the organization has defined as “inhuman and cruel treatment” of the United States in an attempt to “destabilize the Caribbean country. and undermine the right of Cubans to choose their own government ”.

NBC TV station asked BLM to make arguments, and the organization responded that the statement is based on its “unequivocal support for Cuba” and the need to amplify the voice of black Cubans against oppression. that they suffer “from all agents, including the US”.

“We are unequivocal in favor of the Cuban people against the repression and violence perpetrated by invisible internal or external agents,” BLM told the broadcaster.

Florida Republican Congressman William Gregory Steube called the BLM’s statement “garbage.” “One communist organization defends another. These people (in Cuba) are waving American flags and protesting against a brutal communist regime that has oppressed them for generations,” the politician wrote on Twitter.