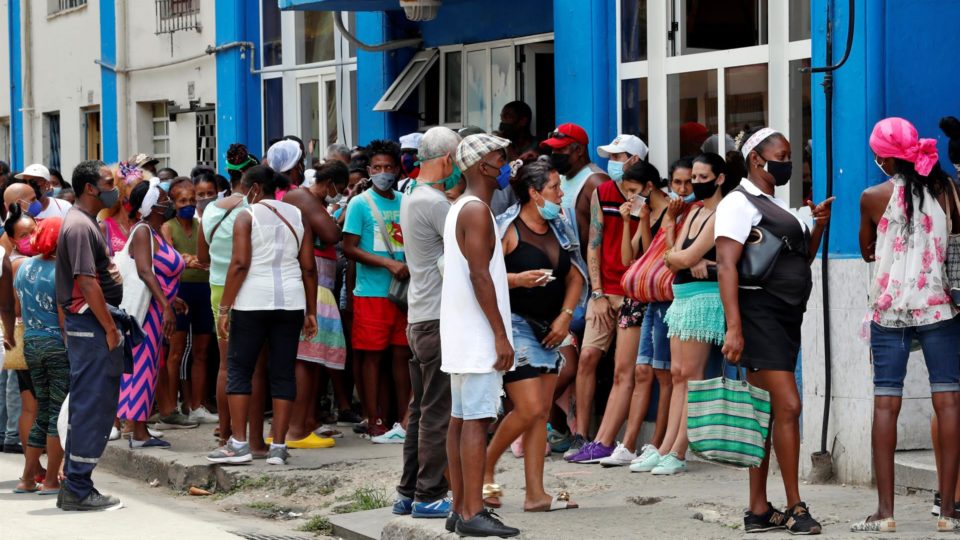 People line up to shop at a supermarket in Havana, Cuba on August 11 | Photo: EFE / Ernesto Mastrascusa

The US Senate on Wednesday approved an amendment calling on the government of President Joe Biden to provide free Internet access in Cuba with the creation of a fund to allow this “open and uncensored” service.

The amendment was passed in the marathon vote this morning ahead of the approval of the Democrats’ budget initiative, a plan valued at $ 3.5 trillion.

The people responsible for introducing the amendment were Republican Senators from Florida, Marco Rubio and Rick Scott. The amendment seeks to establish a reserve fund to “provide Internet service to citizens of Cuba who have been deprived of the free flow of information by the illegal Cuban Communist regime.”

Specifically, Amendment 3097 to the Budget Plan calls on the government of President Joe Biden to “provide free, open and uncensored Internet access to the Cuban people,” according to a statement posted on Rubio’s official website.

The senator, of Cuban parents, recalled that he had stressed the importance of Cubans’ access to the Internet “since the start of the historic demonstrations a month ago”.

“The regime’s crackdown clearly shows the need to act now. Fortunately, the technology is there to provide connectivity,” Rubio said.

In the same note, Scott noted that “the time for President Biden to review his policy towards Cuba is over.”

“We must take immediate steps to implement all the technology to facilitate the free flow of information to and from the island, and amplify the voice of the Cuban people through the approval of this amendment,” he said. he justified.

After adopting the amendment and the budget initiative last night, the text must now be approved by the House of Representatives.

Late last month, the United States announced new sanctions against the Cuban government, this time against the Revolutionary National Police (PNR) and two of its leaders, after the July 11 protests.

Prior to the announcement of the sanctions, Biden said the US government was evaluating “all available options” to give the Cuban people access to the Internet and help them “bypass” censorship.