US pulled out of Taliban threat, will withdraw all troops by August 31 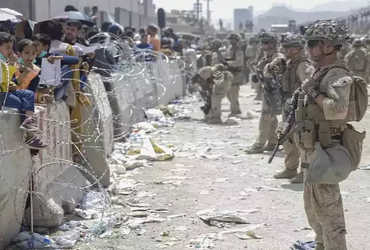 The United States has intensified operations to withdraw all its troops from Afghanistan by August 31 after the Taliban threatened the United States.

Not only this, American soldiers sent to bring back American citizens trapped in Afghanistan have also been instructed to complete this work by 31 August.

The United States has set an August 31 deadline for fears of the Taliban, while allies are appealing for an extension of the deadline to repatriate civilians.

Director of US intelligence agency CIA met with Taliban leader Mullah Baradar. However, no agreement could be reached on the extension of the August 31 deadline. Taliban spokesman Suhail Shahi has threatened that America will face dire consequences if the US does not withdraw its troops by August 31.

About 5,800 US troops are currently stationed at Kabul airport. US President Joe Biden said, “We are moving rapidly to recall all citizens by August 31.” The sooner this campaign ends, the better. Because as the days are passing, the danger on our soldiers is increasing.

Taliban leaders have reiterated that the US needs to stick to the August 31 deadline. America has set this time limit.