US military dropped its service dog at Kabul airport? This was disclosed to the Pentagon 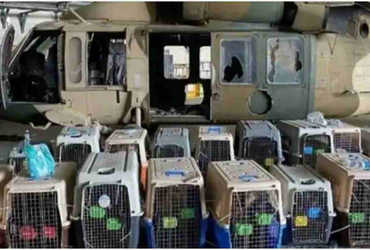 The Pentagon has finally uncovered media reports that the US military had left its dogs wandering at Kabul airport while leaving Afghanistan.

An organization named Kabul Small Animal Rescue has been active in Afghanistan for a year. He planned to evacuate the dogs from Afghanistan but the dogs were not allowed to board military planes and private planes were banned. This forced the organization to release the dogs at the airport.