US handed over control of three gates of Kabul airport to Taliban, many countries near completion of rescue operations 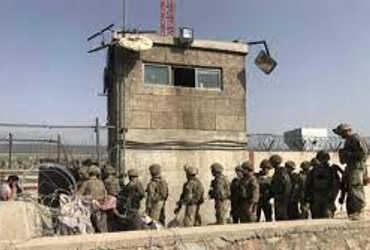 The Taliban have captured three gates at the Kabul airport. The US has handed over the control of these three gates to the Taliban.

An official told local media that the United States now controls a small part of the airport. This is the area where the airport’s radar system is located.

The US handed over three gateways to the Taliban in the days leading up to the August 26 terrorist attack on the airport.

At the same time, America has decided to leave Afghanistan by August 31. Dozens of US planes took off from the airport on Saturday night.