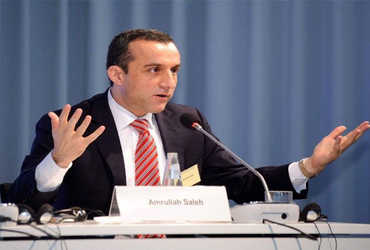 Amrullah Saleh, the acting President of Afghanistan and currently living in Panjshir province of Afghanistan, has a tough stand against the Taliban.

“The Taliban have used Pakistan as their support base,” Saleh told a channel. US was sending money to Pakistan and Pakistan was using it to support Taliban. The more the United States helped Pakistan, the more it served Pakistan and the Taliban.

Saleh also blamed the talks in Doha for the Taliban’s success, saying the Taliban had betrayed the international community and the northern coalition led by Ahmed Shah Massoud was now ready to fight the Taliban.

“The decision to withdraw troops from Afghanistan is very wrong and the US has started paying the price,” he said.

“There is talk of a resurgence of al-Qaeda in Afghanistan,” Saleh said in a statement. American security experts are also pointing to this.