US fears IS attack on Kabul airport 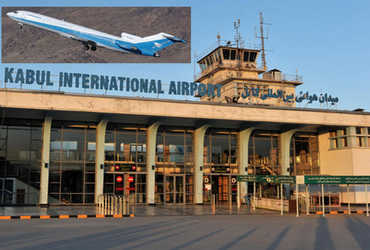 US citizens advised not to go to the airport

US President’s face-off on Afghanistan: his own administration refutes his statement

Washington: The Kabul airport gates were closed on Saturday and the US embassy advised US citizens to stay away from the airport, triggering panic among US citizens seeking to leave Afghanistan. US officials say Islamic State (IS) militants backing the Taliban in Afghanistan could attack the airport.

However, US officials are unaware of how powerful IS terrorists are. US President Biden’s reputation has been deeply affected after his withdrawal from Afghanistan. Some of his statements have been denied by his own administration.

In a press conference on Friday, Biden defended his decision to abruptly withdraw from Afghanistan, claiming that the US mission in Afghanistan had ended after the death of Osama bin Laden and that al-Qaeda was no longer present in Afghanistan.

But the Pentagon denied the US president’s statement, saying that al-Qaeda’s presence in Afghanistan is still known as the Islamic State (IS). However, US administration officials later defended the president, saying they meant al-Qaeda was no longer as dangerous as it used to be.

But critics and experts alike have not reacted to the US president’s abrupt retreat. Biden also said that Americans stranded in Kabul can easily go to Kabul airport and that the Taliban government is supporting them. However the reality is different. Americans wanting to go to the airport are being attacked by the Taliban.

Now US officials’ warnings of an attack on the airport by IS have led to a flurry of US citizens stranded there. He has been personally advised to reach the airport only after receiving instructions from the US authorities. At the same time, the German Embassy has also advised its citizens not to go to the airport.

A total of 169 Americans were rescued from Kabul on Thursday, according to the Pentagon. US rescuers landed helicopters near Kabul airport and evacuated civilians from Baron Hotel.

A Pentagon spokesman said the operation would be repeated. The US president, who has been criticized for his actions in Afghanistan, is currently on leave. However, according to his officers, he is keeping an eye on everything.

On Saturday, President Biden held an online national security meeting, which was also attended by Vice President Kamala Harris. It is noteworthy that Kamala Harris is also being criticized for visiting Southeast Asia in such a critical condition. Harris said the US government is currently prioritizing protecting its own citizens.

The US government has also been criticized for harboring Afghan refugees. There is a fear among the people that if more refugees come, there will be a problem for the local people. Meanwhile, the US President has warned the Taliban that they will not hesitate to take strong action if any harm is caused to American citizens.