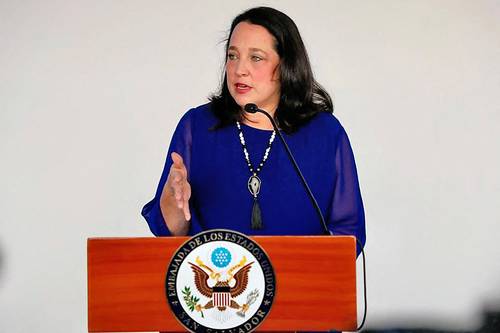 ▲ Jean Manes, the main US diplomat in El Salvador, announced yesterday his withdrawal from the country and reported that relations between the two nations are on hiatus because the government of President Nayib Bukele shows no interest in improving them. At a press conference, he added that he is returning to his post as deputy commander of the Southern Command. He explained that the White House and the State Department sent her for three months, but that it has already been six and she has to return. Why stay here if we have no counterpart at this time? When El Salvador wants to talk, our doors are open, he said. Afp Photo / US Embassy in El Salvador