US-Canada to crack down on human trafficking 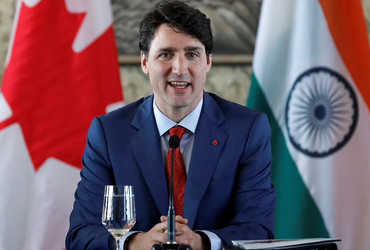 The Indian Embassy has started an identification process following the death of an Indian family trying to cross the US border from Canada. The Canadian government also issued a statement calling for strong measures to stop the infiltration.
Canadian Prime Minister Justin Trudeau has said that Canada will take strong action to prevent infiltration into the United States. The case of infiltration from Canada to the United States has come to the fore when a four-member Indian family died in a cold and snow storm while trying to infiltrate. Prime Minister Trudeau said Canada would work with the US border police to prevent infiltration. “Human trafficking is a serious matter and needs to be stopped,” he said.
Meanwhile, the process of identification of the Indian family has been started. Four members of an Indian family that failed to infiltrate the United States have died of a cold. The family was said to be of Indian origin. After preliminary investigation, the Indian Embassy in collaboration with the Government of Canada has started the process of identifying the alleged Indian family. However, the report quoted sources as saying that the family of the deceased is likely to be Gujarati.