US calls on Cubans, Haitians not to try to enter country by sea 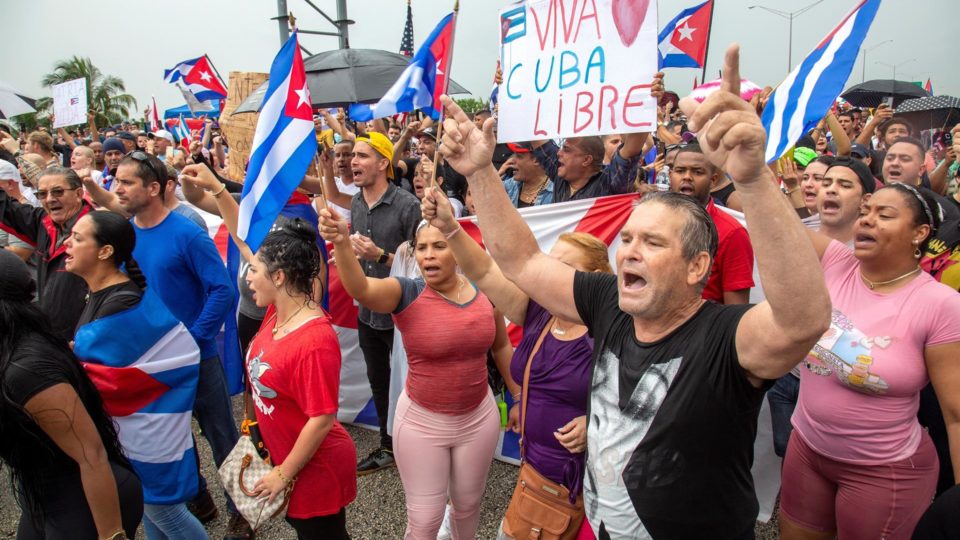 US Secretary of National Security Alejandro Mayorkas on Tuesday urged citizens of Cuba and Haiti, countries facing political crises, not to risk their lives trying to illegally enter US territory by sea, and warned that entry would not be allowed.

“No immigrant intercepted at sea, regardless of nationality, will be allowed to enter the United States,” Mayorkas, who was born in Cuba and the first immigrant to head the US Department of Homeland Security, said during a press conference.

According to the secretary, migrants attempting to enter the United States “irregularly” will continue to be intercepted and operations in the Strait of Florida and the Caribbean Sea “remain unchanged”.

“It is never the right time to attempt a migration by sea. It is not worth taking the risk,” said Mayorkas, stressing that the government “is closely monitoring” the situations in Cuba and Haiti.

In this context, she ratified the commitment of the government of President Joe Biden to support Haiti in its quest for justice after the assassination of its representative, Jovenel Moïse, and confirmed the sending of three officials of his department to ‘an American delegation.

“We also sympathize with the Cuban people,” he added. However, he noted that the Coast Guard and its state, local and federal partners “are monitoring any activity that may indicate an increase in dangerous and irregular maritime migration in the Strait of Florida, including unauthorized departures of vessels from Florida to Cuba. “.

Members of Congress ask Biden not to negotiate with Cuba

Members of the US Congress and exiled Cuban leaders on Tuesday called on US President Joe Biden to do what is necessary to restore the Internet to the Cuban people who are protesting in the streets to demand freedom and not to negotiate with the regime of Miguel Díaz-Canel .

These requests were made during a meeting at the Cuban Diaspora Museum in Miami, attended by Florida Governor Ron DeSantis and Lieutenant Governor Jeanette Nuñez.

MP María Elvira Salazar said Republicans and Democrats must unite and speak with “one voice” to help the Cuban people to liberate themselves. Exiled leader Silvia Iriondo insisted that Biden take concrete steps to support Cubans as soon as possible.

The meeting brought together the main leaders of the exile and, in addition to Salazar, Congressman Carlos Giménez, both Republicans, as well as members of the State Congress of the same party.

One of the big issues of the meeting was the Internet shutdown made by the Cuban dictatorship after the protests grew last Sunday and how to resolve the situation so that the protesters can stay informed and connected.

Several of the meeting participants said social media was “the beginning of the end” for many dictatorships and called on the US government to do everything possible to restore Cubans’ access to the network.

Maintaining the sanctions, restricting access to sources of funding for the Cuban regime and not negotiating with the Cuban authorities were other proposals discussed.

Governor DeSantis said Cuba is the source of the vast majority of problems in the West and that the existence of a dictatorial and communist regime is “devastating to millions of people” and prejudicial to American security.

Jeanette Núñez argued that the Cuban people are “desperate for freedom” and said that was the message of the protests, rather than Covid-19 and the shortage of food, vaccines and medicine, with which all the speakers agreed. DeSantis added that when “the fear goes away, there is no turning back.”

Lawyer Marcell Felipe, of the Inspire America Foundation, urged the Cuban military to side with the demonstrators to be “the heroes of a new republic”, rather than continue to be “thugs”.

Also on Tuesday, the US government said Cuba must respect the voice of the local population and demanded the release of those detained during the protests and the reactivation of the internet and other means of communication.

The demand was voiced at a press conference by US State Department spokesman Ned Price, who criticized Havana’s decision to cause blackouts on the internet and interfere with work. journalists.

“We ask the Cuban leaders to show restraint and we call on them to respect the voice of the people by opening all means of communication,” said Price.

The US government official has denied repeated accusations by Cuban dictator Miguel Díaz-Canel that the US is behind the protests and that the country’s embargo imposed on the island 60 years ago is largely responsible for the economic, health and social crisis on Cuban territory.

“The needs of the Cuban people are intense,” said the spokesperson, who however blamed “corruption, maladministration and perhaps the indifference of the government itself” for the problems, exempting Washington from any action. . Price also demanded the release of anyone detained during protests, which he called peaceful.

Human Rights Watch (HRW) on Tuesday denounced that there are more than 150 detainees in protests in Cuba and demanded an end to human rights violations on the island.

Thousands of Cubans took to the streets on Sunday to protest the regime, shouting “freedom!” in an unprecedented day that ended with dozens of arrests and clashes after Díaz-Canel called on his supporters to take to the streets and confront the protesters.