US calls for withdrawal of troops from Afghanistan 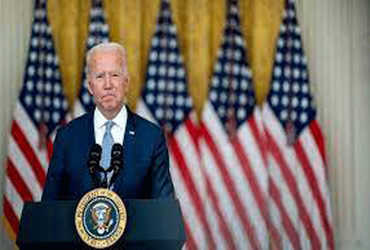 Washington: America has been embarrassed by the withdrawal of troops from Afghanistan. 31 August. Now the problem for Biden is that if the G-7 countries stop their troops under pressure, then their forces can face the Taliban at Kabul airport.

The problem now for the US President is whether he listens to the G-7 countries or the Taliban’s threat. Biden has said that he is continuously trying to get all the soldiers out by August 31.

The US had earlier called for troops to be called by September 11, after which a deadline of August 31 was set. The US is in a hurry to complete its rescue operation amid increasing Taliban occupation. However, Biden said on Sunday that the deadline could be extended if needed. But amid worldwide criticism, Biden made it clear that the troops would return within the stipulated time frame. Amid the ongoing criticism around the world, Joe Biden made it clear that he would withdraw troops within the stipulated time frame.