US betrayed Taliban after shutting down planes and helicopters, saying America cheated 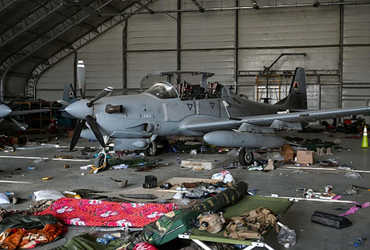 The Taliban were happy after American troops left Afghanistan. Their joy doubled as millions of American weapons, especially aircraft and helicopters, fell into the hands of the Taliban.

However, the Taliban’s happiness did not last long and it was learned that the US military had damaged planes and helicopters and kept them in flight condition.

Which angered the Taliban. “The US has betrayed us,” a media report quoted the Taliban as saying. A Taliban leader said the weapons left by the US are national assets. We are ruling the country and these weapons cannot be of any use to us.

Notably, the Taliban have 48 aircraft left and no one knows how many of them are in flight condition.

The US military says soldiers have disabled 73 planes before leaving the country.