US Army sends 150 Indians from Afghanistan via Doha Qatar Airways 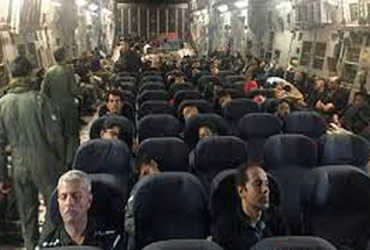 New Delhi: The operation has resumed to rescue Indian citizens from Afghanistan. The US Army has sent about 150 Indians from Afghanistan to Doha through Qatar Airways. Now he will come to Delhi from Doha. The good news is that even though commercial flight movement has not started, the US military has helped.

Sources said that the US Army had sent about 150 Indians to Doha through Qatar Airways. However, due to security reasons, further information is not available yet. Earlier on August 15, an Indian Air Force aircraft had returned from Kabul, the capital of Afghanistan, carrying 150 Indians.

IAF’s Kabul C-17 aircraft flew directly from Gujarat to Jamnagar. From there the citizens were brought to Ghaziabad. Earlier on August 15, a C-17 of the Indian Air Force had returned to Afghanistan along with some employees of the embassy. However, thousands of Indians are still stranded in Kabul.

The Afghan capital, Kabul, is relatively peaceful after being captured by the Taliban four days ago. The residents here are living in a state of uncertainty. The Taliban has not yet formally replaced the previous administration. Taliban fighters quickly but calmly captured Kabul on Sunday. Barring the incidents during the occupation, the city is peaceful and no untoward incident has been reported.