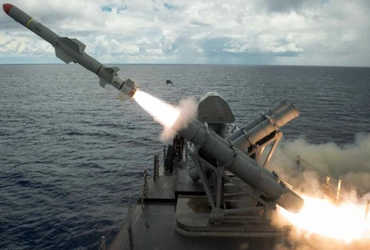 In a bid to strengthen bilateral defense ties with India to counter China’s growing dominance in the Indo-Pacific region, the US has approved a 290 million deal with India for the Harpoon Joint Common Test Set (JCTS) and its associated equipment. has given. The Pentagon’s Defense Security Cooperation Agency said the decision will strengthen India-US bilateral strategic ties and enhance the security of a key defense partnership in the Indo-Pacific region.

According to an official statement, the Pentagon’s Defense Security Corporation Agency (DSCA) notified the US Congress of the required certification on Monday. Harpoon is an anti-ship missile. The Indian government requested the US to purchase the Harpoon Joint Common Test Set (JCTS).

DSCA said the proposed sale would improve Indian-US strategic ties and boost US foreign policy and national security by helping to enhance the security of a key defense partner. India is an important force for political stability, peace and economic development in the Indo-Pacific and South Asia region. During the visit of Prime Minister Narendra Modi to the US in June 2016, the US recognized India as a “major defense partner”.

The US State Department said the proposed foreign military sale would enhance India’s ability to deal with current and future threats. The sale will enhance India’s flexibility and expertise in the maintenance of Harpoon missiles. The Pentagon said that India will have no difficulty in incorporating this system into its military and that the proposed sale and cooperation of this system will not change the basic military balance in the region.