US and UK send military to evacuate civilians from Afghanistan 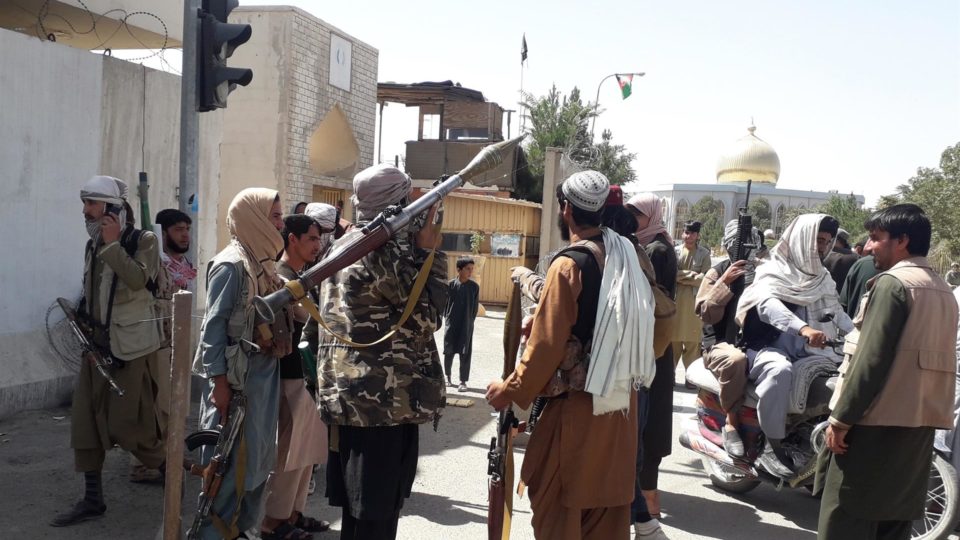 Taliban militants on patrol after the takeover of the governor’s residence and the city of Ghazni, Afghanistan, August 12 | Photo: EFE / EPA / NAWID TANHA

The offensive once again monopolized the Afghan government, a few weeks before the final stage of the American withdrawal of its troops from the country. The government of US President Joe Biden believes that the Taliban will take control of the capital in the coming weeks.

The United States has announced that it will keep the country’s embassy in Kabul open, but most of the diplomatic team in Afghanistan will withdraw, and to ensure the safety of those responsible in this process, at a time when the Asian country is experiencing an escalation of violence. , 3,000 soldiers will be sent to the Afghan capital.

Pentagon spokesman John Kirby said the mobilization comes at a time when the United States has completed 95% of the process of withdrawing its troops from the Asian country.

State Department spokesman Ned Price was the first to announce the withdrawal of embassy officials due to the worsening security situation in Afghanistan. At a press conference, he denied the closure of the diplomatic legation, while stressing that the processing of special visas for Afghans who worked with American troops would be maintained. After meeting with security advisers, Biden ordered additional flights to evacuate Afghans who had worked for the United States for the past two decades.

“It’s not an abandonment, it’s not an evacuation, it’s not a retreat, it’s a reduction in our civilian staff,” Price said.

Still according to him, the priority of the American government is the safety of the employees, which is why this decision will benefit from the support of additional troops that the Ministry of Defense will send to the main airport in Kabul. The US Embassy has about 4,000 employees, including about 1,400 American civilians, according to the New York Times.

The United States will also send an infantry fighting team, approximately 3,500 additional troops, to Kuwait if reinforcements are required.

The British Ministry of Defense also announced Thursday that it would send 600 troops to Afghanistan to help British citizens leave the country amid “rapidly deteriorating security” and escalating violence.

These troops will remain on Afghan soil for a “short period,” the ministry said in a statement. The British Embassy in Kabul has already stepped up work on issuing visas to workers linked to the diplomatic delegation.

British embassy staff had already been reduced to a minimum to offer consular assistance to those urgently required to leave the Asian country.

Also according to the note, the British soldiers will offer “protection and logistical support” to facilitate the mobility of British citizens and will work together to ensure that translators and other workers linked to the British mission can reach the United Kingdom “as soon as possible” .

On Thursday, the Taliban conquered Qala-e-Naw, the capital of Badghis province in northwestern Afghanistan, the third only today and the 12th since last week.

Qala-e-Naw fell into the hands of the rebel group and most of the security forces withdrew to the provincial military base, a parliamentarian from Badghis told EFE, who requested anonymity. Taliban spokesman Qari Yusuf Ahmadi also confirmed the rule: “All government buildings, including the governor’s house and the police headquarters, have been taken over by the mujahedin,” he said.

Fighting is currently underway in nine of Afghanistan’s 34 provinces, where in the past 24 hours 217 Taliban fighters have been killed and 108 wounded, according to the Afghan Defense Ministry’s daily toll.

Today, the group had already occupied Ghazni, in the south of the country, and Herat, one of the largest Afghan cities, after Kabul and Kandahar, and located in the west.

Ghazni is a strategic province as it connects Kabul to the southeast and south of Afghanistan, while Herat is one of the main commercial and connecting centers as it borders Iran and Turkmenistan.

The Taliban’s rapid advance coincides with the beginning of the final phase of the withdrawal of foreign troops from Afghan territory, which began on May 1 and is expected to be completed by the end of this month, after 20 years of war.