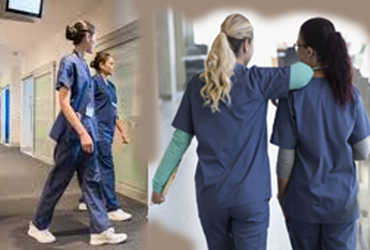 Washington: The total number of corona cases in the world has crossed 2,610,610 and the total death toll from corona has increased to 2,8,8. According to the Johns Hopkins University’s Center for Systems Science and Engineering, a total of 10,191,3,012 doses of corona vaccine have been given against it worldwide.

Countries with more than 200,000 deaths include Russia 2,8,6, Mexico 2,09,50 and Peru 2,09,8. The New Zealand government announced the opening of its borders and said there would be no need for a quarantine for foreign tourists.

Meanwhile, nurses tired of the Corona epidemic in America have left their jobs and in view of the shortage of nurses in hospitals, it has been decided to issue special visas for nurses coming from abroad. These unused visas will now be issued to nurses, as they were not issued to relatives of US citizens during the coronavirus pandemic.

There are currently 30,000 vacancies for nurses in California alone. Many US hospitals have nurses from the Philippines, Jamaica and other English-speaking countries. Nurses are expected to benefit from the 450,000 green cards available before the end of this fiscal year in September.

Meanwhile, scientists have developed a new handheld breath analyzer test that can diagnose corona infection in less than five minutes. The test, described in the journal ACS Nano, could be used extensively.

In this test, the person has to hold the breath in this device for ten seconds. which is chemically analysed. This breath analyzer is equipped with a portable Raman spectrometer. Which analyzes the breath and diagnoses whether the corona is infected.