UNSC softens on Taliban, name removed from statement on terrorism 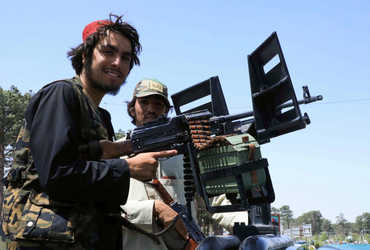 – ‘India is going to manage a resolution on Afghanistan at UNSC. Already started to get on your knees? ‘

Describing India as an important country in the region, senior Taliban leader Sher Mohammad Abbas Stanikzai said the Taliban wants to maintain Afghanistan’s trade, economic and political ties with India. “Discussions are underway with various groups and political forces to form a government in Kabul that will represent people from ‘different regions’,” Stanikzai said in a video address released in Pashto.

Amidst the changing mood with the Taliban, BJP MP Subramanian Swamy targeted the central government in a tweet. He tweeted, “I am surprised to learn that India as the President of the United Nations Security Council is going to organize a resolution on the Afghanistan issue at the UNSC tomorrow, when the word ‘terrorist’ was dropped to describe the Taliban. ” Are you already starting to get on your knees?

In this regard, Indian Defense Minister Rajnath Singh said on Sunday that the changing balance of power in Afghanistan is a challenge for India which has forced India to rethink its strategy.