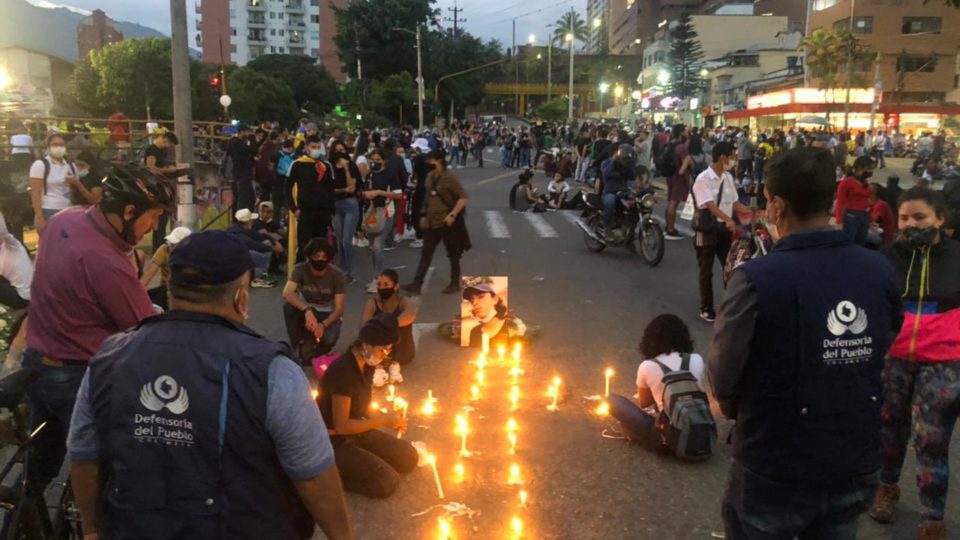 Communities have been watching in honor of victims of protests in Colombia for 10 days | Photo: Playback / Twitter / DefensoriaCol

Since April 28, Colombia has experienced days of violence during protests which, according to official sources, have already killed 26 civilians. Find out what is going on, the reasons for the protests, the government’s position and the numbers of the conflict.

The protests that started against a tax reform proposal have turned into a violent conflict between Colombian security forces and protesters, the causes of which are diverse, including with roots in the country’s social problems that have spanned decades. , like the deep mistrust between the police and the population.

According to the Colombian prosecutor’s office and the Office of the Public Defender, 26 civilians have been killed since April 28, when protests began in the country. Of this total, seven cases are under investigation and eight are unrelated to the protests. Of the 11 civilians killed during the protests, members of the national police will be charged with three murders.

On Thursday, a Colombian police major was arrested on charges of the death of a 24-year-old during a demonstration last Saturday in the municipality of Madrid.

The same report from the Public Defender’s Office indicates the alleged disappearance of 145 Colombians who participated in the protests. Until yesterday, the agencies managed to locate 55 of these people, some of whom had been arrested for “disturbing public order”.

The NGO Temblores, which monitors conflicts, says the death toll is higher than what the authorities present. The human rights organization reported Thursday 37 homicides allegedly committed by the police, 11 victims of sexual violence, 234 victims of physical violence and 934 arbitrary arrests against protesters.

Conflicts are taking place in several Colombian cities. In the capital Bogotá this week at least 15 small police units were set on fire, and in one of them there were 10 policemen, who were attacked when they left the site – 5 policemen were injured . The national government associates these attacks with the actions of gangs and terrorist groups such as the ELN (National Liberation Army) and FARC (Revolutionary Armed Forces of Colombia) dissidents.

In Bogotá, a video shared on social media also attracted attention, showing several projectiles fired from an armored car by riot police and frightened people who thought it was real ammunition. According to the Colombian newspaper El Espectador, it is a non-lethal weapon called Venom, which launches several projectiles to stun, make noise and throw gas and smoke in large quantities, in order to disperse people.

But the epicenter of the riots is in Cali, in the Valle del Cauca, where 17 of the 26 deaths announced by authorities have so far been recorded. On Thursday evening, the city’s mayor, Jorge Ospina, declared a state of emergency for three months. Roadblocks have caused shortages of gasoline and medicine in Cali and several towns in the region.

The city is one of the poorest and most violent in the country, where conflicts between paramilitary groups and traffickers continuously occur. The homicide rate is high: 43.2 deaths per 100,000 inhabitants, while the national rate is 23.79. On the outskirts of town, armed gangs attacked police, injuring 176 soldiers, including 10 with guns, officials said. Public buildings were also set on fire.

What is the origin of the demonstrations?

The protests began on April 28, following a tax reform proposed by President Iván Duque. The bill, presented to the Colombian Congress on April 15, provided for increasing the tax on basic services and VAT (value added tax) – VAT on gasoline, for example, would rise from 5% to 1% – while reducing the floor for the payment of income tax.

The proposal was viewed by several organizations and civil entities as very costly for the middle class, in addition to being inadequate due to the economic crisis caused by the Covid-19 pandemic. The government said the tax increase would be used to finance public spending.

Due to the scale and rapid escalation of violence in the protests, the government withdrew the draft agenda last week and a few days later Finance Minister Alberto Carrasquilla resigned.

Why are the protests continuing?

The rejection of the tax reform is seen as a trigger for a resumption of the demonstrations of November 2019, which led to several social demands, in education, in the social security system, also demanding respect for the peace agreement of 2016 and the protection of indigenous peoples and social leaders of small communities who are often the target of killings in the country. These guidelines have been raised again now.

Another motivating factor is the excessive use of violence by the security forces. Protesters call for police reform which, among other things, includes the disintegration of the mobile anti-disturbance squadron (Esmad) and a change in the training and objectives of the police, which are currently geared towards the context of the conflict armed against the Marxist guerrillas.

What is the government’s position?

Iván Duque’s government has put aside the tax reform proposal and links the riots to the actions of gangs and terrorist organizations like the ELN and FARC dissidents who did not accept the peace deal. 2016.

“Colombia faces a terrorist threat, criminal organizations are behind the acts of violence that tarnish the peaceful demonstrations. These are premeditated acts, organized and financed by dissident groups of the FARC and the ELN”, said Diego Molano, Minister of Defense, at the end of police officials. There are many instances where the police are attacked while trying to prevent looting and vandalism.

After receiving several international criticisms of the escalation of violence in the demonstrations, Duque announced the creation of a commission “listening to citizens”, composed of members of the public sphere, parties, the private sector and of civil society, in order to “build solutions for the country”.