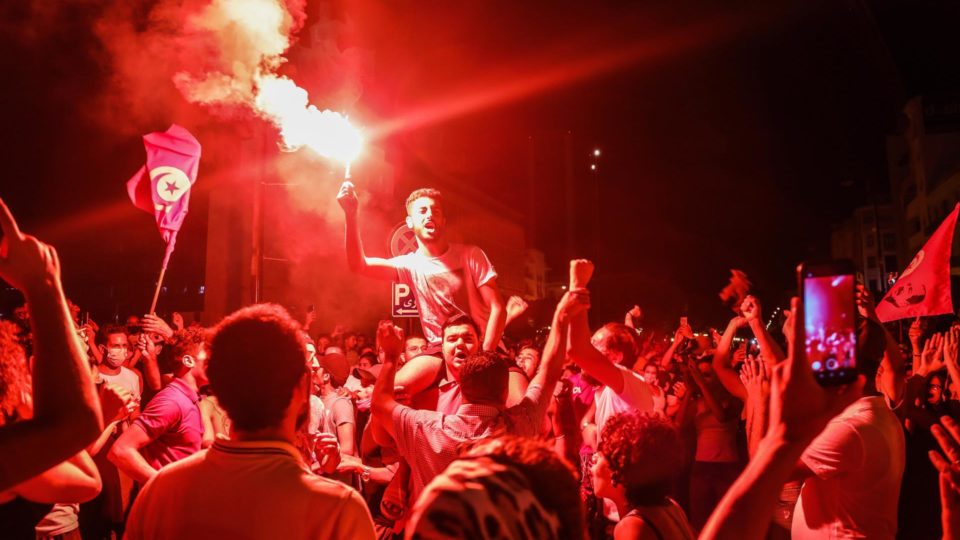 Tunisia is known as the only country in which the so-called Arab Spring revolutions have succeeded in conquering democracy. Today, a decade after the popular protests, the North African country is going through its worst political crisis and its fragile democracy is being put to the test.

Tunisian President Kais Saied sacked Prime Minister Hichem Mechichi and suspended the country’s parliament on Sunday, which was denounced as a coup by his opponents. Saied also lifted the immunity of parliamentarians.

The decisions were taken after a day of riots and protests against the country’s main party, the Ennahdha movement, fueled by popular discontent with the economic crisis made worse by the pandemic.

Know the facts that preceded the current crisis:

Voters unhappy with the Tunisian situation and unhappy with traditional parties elect a fragmented parliament. The Ennahdha party wins the majority of seats but does not reach the 109 necessary to govern. Then Kais Saied, an academic with no political experience who ran as an independent, was elected.

After months without forming a government, Elyes Fakh-fakh became Prime Minister in January 2020, but was removed from his post following a corruption scandal.

In January of this year, as Tunisia celebrated ten years of the Revolution of Dignity – as the Arab Spring is known in the country – Tunisian cities saw a wave of protests, prompted by the impact of the pandemic on the country’s economy, which has already been in crisis, and for allegations of police violence. Citizens were also frustrated by the lack of economic reforms, complicated by the pandemic, but also by a succession of governments, some of them short lived – there have been nine governments in a decade.

On Saturday (24), protesters staged a new protest against the government and the largest party in parliament, Ennahdha, after an increase in Covid-19 cases and the continuing economic crisis.

On Sunday evening, President Kais Saied said in a statement that he was invoking the constitution to sack Prime Minister Hichem Mechichi and order a 30-day suspension of parliament, and that he would rule with a new prime minister. He also said he could extend the suspension of Parliament “until the situation calms down”.

After Saied’s announcement, many gathered in the capital, Tunis, and other cities to support the president’s decision, as the military blocked parliament and state television.

On Monday morning, Tunisian parliament speaker Rached Ghannouchi arrived in parliament saying he would call a session, defying the president’s order, but military officials prevented him from entering the chamber.

Ghannouchi, who is the leader of Ennahdha, condemned the actions as a “coup” and an attack on democracy. The politician called on the population to take to the streets, as they had done in 2011, to condemn the president’s decisions. “I am opposed to any concentration of power in the hands of one person,” he told Parliament.

Mechichi said Monday evening he would hand over power to Saied’s candidate for prime minister, saying he did not want to be a “destabilizing element”.

Saied responded to those accusing him of a coup in a video posted this evening. He told them to “review the lessons on the constitution” and said “we have no problem with business people.” Saied maintains that his decisions were based on article 80 of the constitution, which deals with emergency measures in the event of a threat to the security of the country.

However, according to expert analysis of the international press, the article does not authorize the president to dissolve parliament.