UN condemns arbitrary arrests, calls for the release of protesters 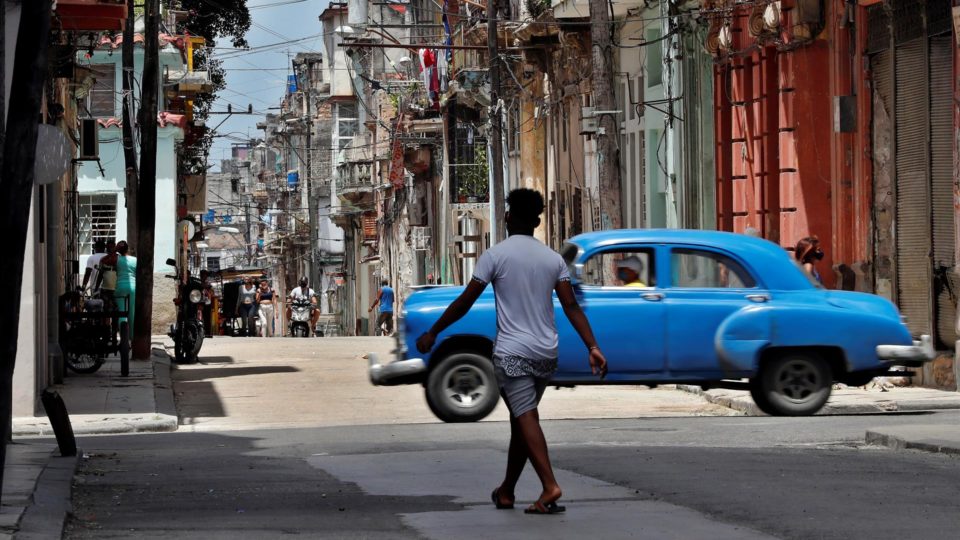 After five days of silence, the United Nations High Commissioner for Human Rights, Michelle Bachelet, on Friday (16) called on the Cuban dictatorship to release those arbitrarily arrested “for having exercised their right to freedom of assembly. peace or freedom of opinion and expression. “.

“I am very concerned about the alleged use of excessive force against protesters in Cuba and the arrest of a large number of people, including several journalists,” Bachelet said. “It is of particular concern that among them are those believed to be held incommunicado – and those whose whereabouts are not known. All those detained for exercising their rights must be released urgently.”

Bachelet, whose silence has so far been criticized by the NGO Human Rights Watch, also deplored the death of one of the Havana protesters and called for an independent, transparent and effective investigation and for those responsible to be punished.

“I urge the government to respond to the demands of the demonstrators through dialogue and to fully respect and protect the rights of all peoples to assemble peacefully and to freedom of opinion and expression,” said Bachelet, who also urged the regime that internet connection and social media are restored on the island.

The High Commissioner took the opportunity to reinforce the demand for the lifting of the American embargo on Cuba, “given its negative impact on human rights, in particular the right to health”.

After denunciation by the NGO Prisoners Defenders, the UN, through urgent action by the Committee against enforced disappearances, demands a response from the Castro dictatorship on 187 people who were detained and of whom, until Tuesday, it was unknown where they were.

The Committee demands that these people be found and that, while they are still in prison, they can communicate with their families and lawyers. It also asks the regime to report on the measures taken to identify those responsible for the disappearances. The Committee set June 30 as the deadline for the Cuban regime to report on the procedures implemented to respond to the required requests.

On Thursday, the NGO Cuban Observatory for Human Rights (OCDH), based in Spain, denounced the defenseless situation of detainees in Cuba during protests in recent days, while the country’s courts will be closed for a period of time. week – therefore, during this period, it will be impossible to present appeals in favor of the “victims of repression in Cuba”. The organization also said police stations did not receive lawyers hired by family members of detained protesters.

“There is no law, Cuba is under a state of siege or of undeclared emergency, while the security forces continue the repression, organize incursions, invade the houses to detain the demonstrators in all discretion and violence” , denounces the NGO, which has a network of observers in the country.

Repression in the streets and on the internet

Independent Cuban journalists say social media and messaging apps remain blocked on Friday and can only be accessed through VPNs (virtual private networks), which are also blocked by the regime.

Digital rights organization Access Now said Thursday evening that internet traffic in Cuba declined by around 4 p.m. Sunday (11), the day the protests began, and that although some services were set up in Cuba Throughout the week, many social media platforms got stuck on the island. The NGO recalled that the dictatorship controls the company ETECSA, the only internet provider on the island, which makes it very easy to block access to the service.

“This telecommunications censorship is obviously due to several reasons,” freelance journalist Yoani Sánchez said on Twitter on Friday morning. “Prevent people from downloading the footage they recorded during the protests,” “prevent Cubans on the island from seeing these scenes of civic protests and disproportionate police violence” and “limit the ability to summon that digital platforms for Cuban citizenship had, for its decisive role in the social mobilization that began on Sunday, “she said.

Throughout the week, heavy police presence on the streets of several Cuban towns was also reported, as arrests continued from house to house. The Cuban Observatory for Human Rights reported that in Camagüey, buses were used by the police to arrest and transport people identified during the protests.

Angel Juan Moya, activist and former political prisoner, denounced on his Twitter that the leader of the Damascus movement of Blanco, Berta Soler, was arrested Friday (16) in Havana and taken on a bus by police officers. According to him, the national headquarters of the Ladies in White movement has been under police surveillance since Sunday. The group was formed in 2003 to demand the release of 75 political prisoners held that year.