Ukraine crisis: US puts troops on alert for fear of Russian attack: advisory issued to UK 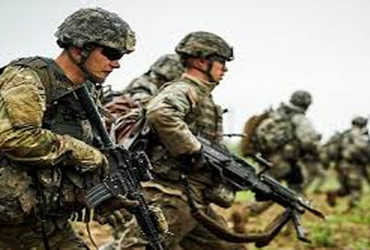 Putin wants to make the Soviet Union a reality

After America, Britain also called back embassy diplomats with their families.

– America also called back the citizens! Crude price will increase due to crisis

Kiev, Brussels: Tension is increasing between the US and Russia over the Ukraine issue. It is well known that the United States and its NATO allies have sabotaged warships and aircraft against Russia. But now, fearing that the game will be over, Byrd has put 2,500 Marines at the helm of the US military on alert and will be dispatched at any time by NATO at the behest of NATO. At the same time, Russia has deployed troops on the border of Ukraine. Bayard, on the other hand, has warned that if Russia takes any action against Ukraine, NATO countries, including the United States, will respond strongly.

Britain has recalled its embassy officials and staff members with their families after a US visit.

Along with this, the price of crude in the world markets is increasing due to the escalation of the war. On the other hand, volatility remains in the stock markets around the world.

The basic question is, what is the reason for this situation? In that sense, it is possible that Putin wanted to make the Soviet Union a reality. They also want to make Eastern Europe a stronghold of Russia. They cannot tolerate the footsteps of America or Western Europe in Eastern Europe. This is the reason why the five Islamic nations, from the Baltic Sea to Ukraine or the Black Sea coast of Central Asia, cannot sign any other country like China or any organization. They know that the states to the west and south of Russia (Ukraine) cannot tolerate an occupation by NATO. That’s why this whole question is being asked.