UAE rains with the help of technology for relief from heat 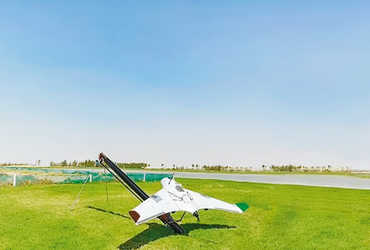 Dubai The UAE has resorted to technology for relief from the heat. The UAE sent the drone inside the clouds when the temperature reached 40 degrees Celsius. He created electric charges in the clouds. With the help of drone technology, an electric shock was given to the clouds. It was raining. The United Arab Emirates is one of the most desolate regions on Earth. He hopes drone technology can help you reduce its annual rainfall. Encouraged by this success, the UAE has also released its footage.

In the midst of the heat waves, such artificial rains were also causing problems to the vehicles on the road. The UAE Meteorological Department said that this cloud seeding technique can reduce rain and can also reduce rain loss.

The UAE’s cloud seeding operation is part of a 12 million program to increase rainfall in the country. The UAE is one of the top ten uninhabited countries in the world. Its annual average rainfall is three inches, which is ten times less than that of India. The average annual rainfall in India is 3 inches. In this drone technology, the drone charges electricity in the clouds, these clouds join together to form a lump and moisture takes shape inside it. As a result, water starts accumulating inside it in the form of dew which later falls in the form of rain.

There is no shortage of clouds coming over the UAE like this. Therefore, the use of this technique can increase the rainfall. Project director Aaliya Al Mazrouei said the drone, equipped with an electric charge emission instrument and a payload of customized sensors, will fly low and deliver an electric charge or current to the clouds. After this it will rain with moist clouds. However, nothing can be sown for rain in every cloud.

However, the technology of rain through cloud seeding in this way seems to be much cheaper and more useful than an expensive desalination plant to meet the UAE’s water needs. It can increase rainfall by five to seventy percent.