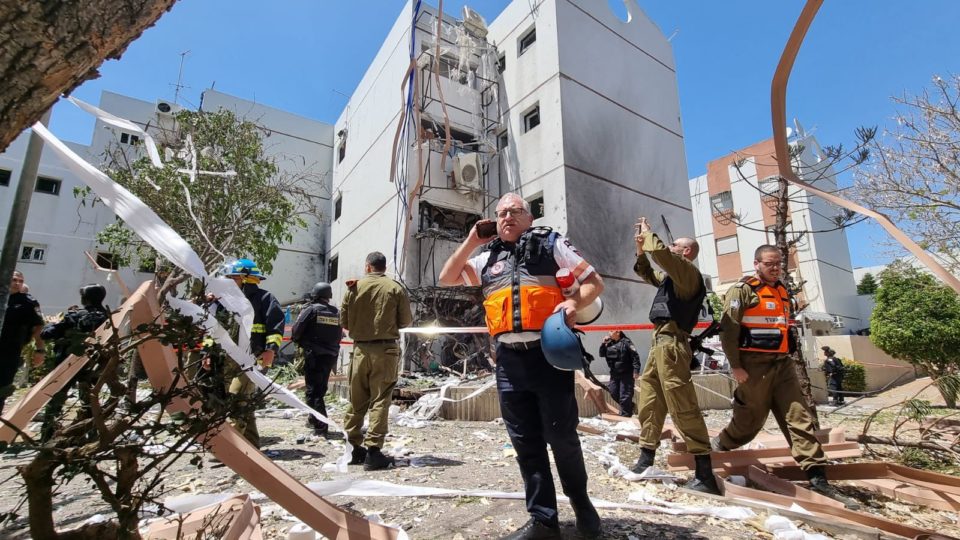 A building in Ashdode was hit by a Hamas rocket on Monday (17) | Photo: Playback / Twitter / @ Mdais

Two foreign workers, aged around 30, died and seven were injured on Tuesday (18) in an attack by the terrorist group Hamas in the Eshkol region of southern Israel, according to Magen David Adom, service emergency Israeli doctor. A battery of 50 rockets was fired at Israeli communities living near the border of the Gaza Strip.

Israeli military personnel also reported that Hamas militants fired mortars at Israeli forces when the Erez crossing on the Gaza-Israel border was opened to allow trucks to bring humanitarian aid into Gaza. A soldier was slightly injured. After the attack, Israel closed the crossing again. In a week of conflict, twelve people died in Israel and around 300 were injured.

Israeli attacks on the Gaza Strip continued on Tuesday. According to Hamas leaders, 213 Palestinians died, including 61 children, and around 1,500 were injured. The United Nations Office for the Coordination of Humanitarian Affairs reported that more than 58,000 people are homeless as a result of the Israeli attacks on Gaza.

The Israel Defense Forces (IDF) claims to have killed more than 130 terrorists during the first week of Operation Guardian of the Walls. The country’s Defense Minister Benny Gantz said on Tuesday that the IDF had “thousands of targets” on its radar in Gaza that could be attacked. “The IDF has many plans to continue attacking Hamas and the fighting will not end until we have complete and lasting calm,” Gantz said, according to The Times of Israel.

How to update a watch with Wear OS, anyway

arrests of demonstrators and wounded

The best weather widgets for Android