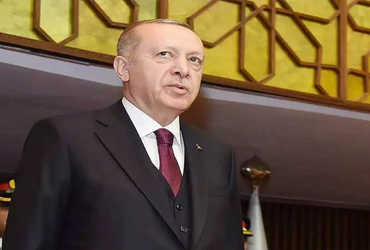 There is a war of supremacy in Afghanistan. Taliban militants are now threatening Turkey as well, one area after the other is being occupied by the Taliban.

Turkey recently proposed that if NATO troops, including the United States, completely withdraw from Afghanistan, our troops would take responsibility for the security of Kabul airport. However, the Taliban have threatened action if Turkish troops do not leave Afghanistan. Deployment of troops here will have dire consequences.

Turkish President Erdogan has been stunned by the Taliban’s threat. “The United States must take our side in the political arena and give us everything it has. We will take care of Kabul airport security only if our conditions are met,” he said.

Erdogan had previously ignored the Taliban’s threat, saying the Taliban should show the world that there is peace in Afghanistan.