Trump says ‘savage attack’ in Kabul ‘should never have been allowed’ 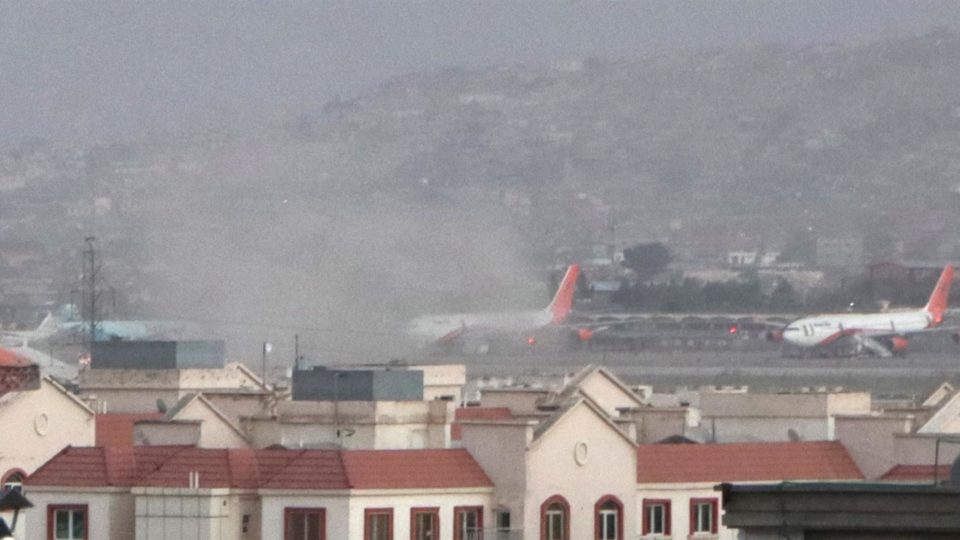 Smoke rises from the airport area after an explosion outside Hamid Karzai International Airport in Kabul, Afghanistan on August 26, 2021 | Photo: AKHTER GULFAM / EFE

Former US President Donald Trump on Thursday called “savage” the attack near Kabul airport, in which 12 US soldiers and 60 Afghan civilians died. In a statement, Trump did not directly criticize his successor, Democrat Joe Biden, who has attacked in recent days for the withdrawal of US troops from Afghanistan. “This tragedy should never have been allowed, which makes our pain even deeper and harder to understand,” said Trump, who led the United States from 2017 to 2021.

In a less aggressive tone than on other occasions, he sent his condolences to the “courageous” members of the Armed Forces. “Our hearts go out to the families of the innocent civilians who died today in the savage attack on Kabul,” the former president said.

Trump’s statements come in addition to criticisms made throughout the day by members of the Republican Party in Congress, including Mitch McConnell, leader of the Conservative Minority in the Senate. McConnel described the “disgusting” attacks in Kabul as a sign of the “terrible things” that happen “when terrorists can operate freely” and called for more “global efforts” against these “barbaric enemies”. The Republican said he was “furious” at the attacks and criticized the withdrawal of troops from Afghanistan ordered by Biden.