Trump lashed out at President Biden on the Afghan issue, asked how many terrorists brought to America? 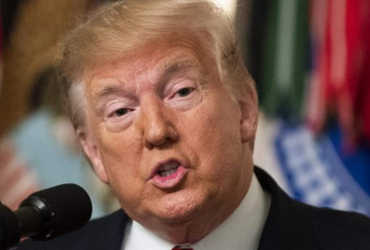 Of the 26,000 people the United States has evacuated from Afghanistan so far, only 4,000 are Americans.

Former US President Donald Trump has targeted current President Joe Biden on the issue of Afghanistan. Trump called the current government’s Afghan policy a failure, but also questioned whether Biden was bringing terrorists from Afghanistan to the US.

In a statement, Donald Trump said that Joe Biden handed over Afghanistan to terrorists and thus withdrew troops, risking the lives of thousands of Americans. Trump questioned that of the 26,000 people the United States has evacuated from Afghanistan so far, only 4,000 are Americans.

The former US president questioned whether Biden had not airlifted thousands of terrorists who had arrived in different parts of the world. How many terrorists have airlifted Biden to America?

Significantly, the Donald Trump administration had presented a plan to withdraw American troops from Afghanistan, but after the change of government, the Biden administration hastened and set a target of September 11 this year.

America will be out by August 31

The US has decided to withdraw its troops from Afghanistan by August 31. President Joe Biden has already announced it, and at a recent G7 meeting he put the US plan in front of everyone.

However, if need be, some troops may be stopped at Kabul airport after August 31. However, the Taliban has openly threatened the US to withdraw its troops by August 31. He also called on the United States to stop deporting Afghans.