Today, on the soil of Afghanistan, America’s honor is buried in the rubble of war and destruction. 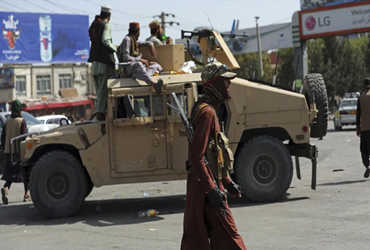 Earlier, Pakistani Prime Minister Imran Khan, sometimes referred to as Taliban Khan, welcomed the Taliban’s takeover of Afghanistan. He is the first Pakistani politician to do so. He said that the Taliban have broken the chains of slavery.

The festival was celebrated in Pakistan’s Khyber Pakhtunkhwa with the hoisting of a white Taliban flag, but the government has not officially allowed the flag to be hoisted. A white flag was hoisted on the Lal Masjid in Islamabad on Friday, which was removed by the police.

America’s image, influence and confidence have been crushed under the rubble of the devastation of the war in Afghanistan. Afghanistan has established itself as a cemetery of empires. Now the pride of a superpower country like America is being shattered here.

Before this, the glory of the great powers of the 19th and 20th centuries, England and the Soviet Union, was shattered on this earth. Pakistan is confused as to how to proceed in the new situation. Several ministers are giving different statements.

Army Chief General Qamar Javed Bajwa has said that Pakistan hopes that the Taliban will fulfill its promises made to the international community on the issue of women and human rights. He said he would not allow any other country to use Afghan land for the opposition.