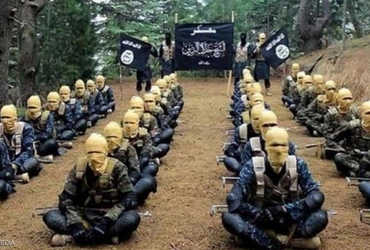 Indian security agencies have received reports that three ISIS-K terrorists, Lashkar-e-Taiba and Jaish-e-Mohammed, have escaped from prisons in Afghanistan and are working to push the youth of Kashmir into militancy.

According to the information received by the security agencies, two of the three fugitives are Pakistani and one is a Kashmiri terrorist. Due to which India’s concern has increased.

One of the three ISIS-K terrorists has been identified as Pakistani national Aslam Farooqui. He has been working to terrorize the youth of Kashmir for the last 10 years. However, he is in a prison in Afghanistan for the last one year. Another terrorist Manseeb runs ISIS-K’s social media network and he is also from Pakistan. He has worked to connect many people with ISIS-K through social media. The third terrorist Ejaz Ahangari is being told of Kashmir. He has been working with terrorist organizations in Pakistan Occupied Kashmir for a long time.

Three terrorists were apprehended by Afghan security agencies after the Kabul gurdwara blasts last year. However, they have been freed since the fall of the Taliban.

India is also plagued by apprehensions that Afghanistan may become a hotbed of Islamic terrorism since the fall of the Taliban. Organizations like Al Qaeda, ISIS have been active here in the past as well.