This young man lives in the same house with eight wives, giving such a reason for the success of married life 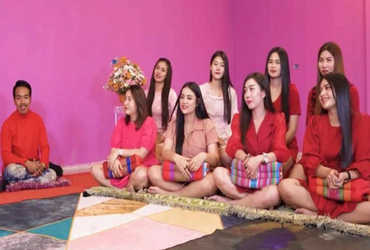 These days the information of a young man living in the same house with not one, two but eight wives is becoming viral on social media.

The man is from Thailand and his name is Ong Dam Sorot. Sorot fell in love with eight wives at first sight and married all of them.

All the wives of tattoo artist Sorot live in the same house and have no differences. They love Sorot very much and say that Sorot is the gentlest man in the world.

“My wives sleep in four different bedrooms and I take turns with them,” Sorote said in an interview.

“My first wife I met at a friend’s wedding. The second wife, the third wife, was met in a hospital, the fourth, fifth and sixth wives were met on social media, while the seventh wife was met at a religious place.

“The secret of my successful marriage is to take care of all my wives,” says Sorot.