This prominent leader of the Taliban has been a cadet of the Indian Military Academy, popularly known as Sheru. 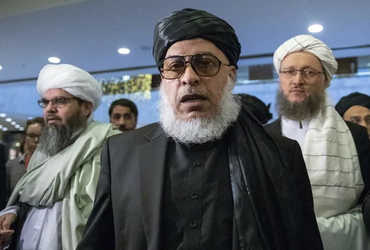 India, one of the seven most powerful leaders of the Taliban, has come out against the relationship after the Taliban came to power in Afghanistan.

One of the seven leaders, Sher Mohammad Abbas Stanikzai, was once a cadet at the Indian Military Academy in Dehradun and trained here. The 1982 batch cadets named him Sheru.

The cadets who trained with him here say he was strong. He was not very tall and had no fanatical ideology. He was 20 years old at that time.

Retired Major General DA Chaturvedi was his batchmate. He told an English newspaper that other cadets liked him, though he looked over 20 years old. He was happy to be here.

India has been training Afghan youth in its military establishment since 1971. Retired Colonel Kesar Singh Shekhawat, another batchmate of Sher Mohammad Abbas, said he was like a young man. He was friendly and on weekends he used to come with us for walks in the mountains and forests.

After completing a year and a half of training, Sher Mohammad Abbas was appointed a lieutenant in the Afghan National Army. He left the army in 1996 to join the Taliban. In 1997, he was claimed to be the acting foreign minister of the Taliban government. . During his training in India, he learned to speak English and became a key negotiator on behalf of the Taliban.

He also served as the representative of the Taliban in Doha. He returned to Afghanistan in 2019. Experts believe that Sher Mohammad Abbas can be an important link in the talks between India and the Taliban.