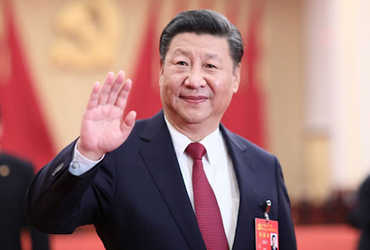 During the event, the Chinese Ambassador also spoke on India-China relations. Referring to the Galwan Valley issue, he said that China has clarified its position on several occasions. He said that India-China relations are very important for peace and prosperity in the region as well as the world. We need to approach our bilateral relations with a more rational and long-term approach. “India and China are not enemies or rivals, but we are partners,” Sun said. He said that both the countries should be synonymous with each other’s success, but there should not be any obstacle in the way. We need to look at each other’s strategies from the right perspective. Similarly, there is a need to show mutual understanding in territorial sovereignty and internal matters.

this thing about America

Ambassador Sun Weidang also commented on the United States during the 100th anniversary of the Communist Party of China. To understand China, you have to look at it logically and realistically, he said. “Some countries like America are blaming us,” he said. The US calls us aggressive, human rights violators, but we do not accept any of their allegations. The US itself interferes in China’s internal affairs. It keeps putting all kinds of stamps on Chinese officials and companies. We strongly oppose it and continue to oppose it vehemently. He said that America itself is not even aware of human rights. So how can he deliver a lecture on human rights?