There will be no democracy in Afghanistan, supreme leader-council will run Taliban rule 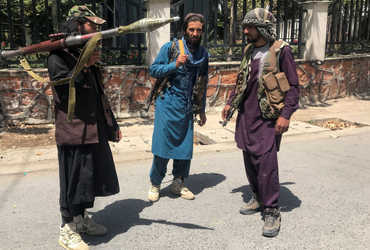 Until the Taliban forms their new government in Afghanistan, the entire country will be run by a single council. The Taliban will continue discussions with existing Afghan leaders, military officials and work on a new government structure.

A Taliban leader said that all Taliban leaders are talking to the authorities and a new government will be formed after talking to everyone. However, the current council will run Afghanistan and may be headed by Haibatullah Akhundzada.

According to the Taliban commander, many things are yet to be clarified about his new government, but one thing is certain that there will be no democracy in Afghanistan. Since we do not have a democratic system there, it is clear that only Sharia law will apply in the country.

Taliban leaders met former Afghan President Hamid Karzai a few days ago. Hamid Karzai will also attend a meeting in Doha, Qatar in the coming days to discuss the formation of the new Taliban government in Afghanistan.