There was no transaction with the NSO group that created the Pegasus spyware. 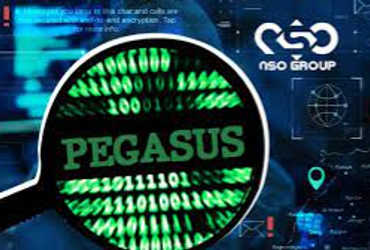 New Delhi: The opposition has taken an aggressive stand on the Pegasus espionage scandal. Against him, the Defense Ministry said in the Rajya Sabha today that no agreement has been reached with the Israeli Pegasus spyware company. Significantly, there is a deadlock in Parliament over Pegasus. Parliament began on 14 July, but so far the House has been blocked.

The monsoon session of Parliament is scheduled to end on August 13. In the midst of this uproar, the government passed several bills. Many parties, including the Congress, are adamant on the discussion on the Pegasus issue. The government has repeatedly said that there is no such issue after Union Information and Technology Minister Ashwini Vaishnav’s statement on the issue in Parliament. The government said that it is ready to discuss many issues including Kovid, farmers. Today there was a meeting of the opposition. After the meeting, the source said the opposition would continue to try to pressure the government to demand discussion on the Pegasus espionage case. It will surround the government on issues related to farmers and inflation.

The meeting took place in a room in Kharge’s Parliament House, in which several other parties were present.