There are only 60,000 American troops in Europe. In addition, Biden will send more than 2,000 troops 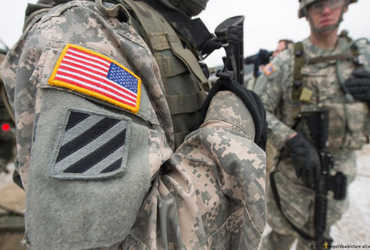 – The question of Ukraine is burning in the winter cold

Britain has sent anti-tank weapons to Ukraine. The US, on the other hand, has Aegis Ashore and Tom-Hawk-Cruise missiles stationed in Eastern Europe.

There is a saying in Sanskrit: The horror of war is worse than death. Trenches, rain of machine guns and artillery shells coming from above. The confrontation between Putin and Biden between the world’s two largest nuclear powers is not taking its name to stop at this time. Fear alone is not enough for Ukraine. Eastern Europe is also trembling with the horrors of pre-World War II. In addition, Joe Byrd has decided to send more than 2,000 troops to Eastern European countries, including Poland and Romania, in addition to his 30,000-strong presence.

The seat of British Prime Minister Boris Johnson is in trouble. After the visit of the then President of Ukraine to Britain, Britain has decided to provide anti-tank weapons to Ukraine. The United States has deployed Aegis, Ashore and Tom-Hawk-Cruise missiles in Eastern Europe. According to the latest reports, Russia and the US are ready to discuss the reduction of nuclear-capable missiles.

The Spanish newspaper al-Mayis, citing documents linked to NATO and the United States, said the United States was ready to negotiate with Russia on the deployment of missiles. Nevertheless, he has also put some conditions. Russia and the United States should withdraw their troops from the Ukrainian border or even from Ukraine itself. As well as removing missiles. Ukraine should also withdraw its army from the border. But President Zelensky’s reaction was not immediately clear.

According to the documents, the US is ready to negotiate a process that would give a strong reason not to deploy the Aegis Ashore and Tom-Hawk cruise missiles in Romania and Poland. Russia had put such a condition in its proposal. The world wants that if there is no reconciliation between the two, then that spark will burn many.