the world when freedom was a matter of honor 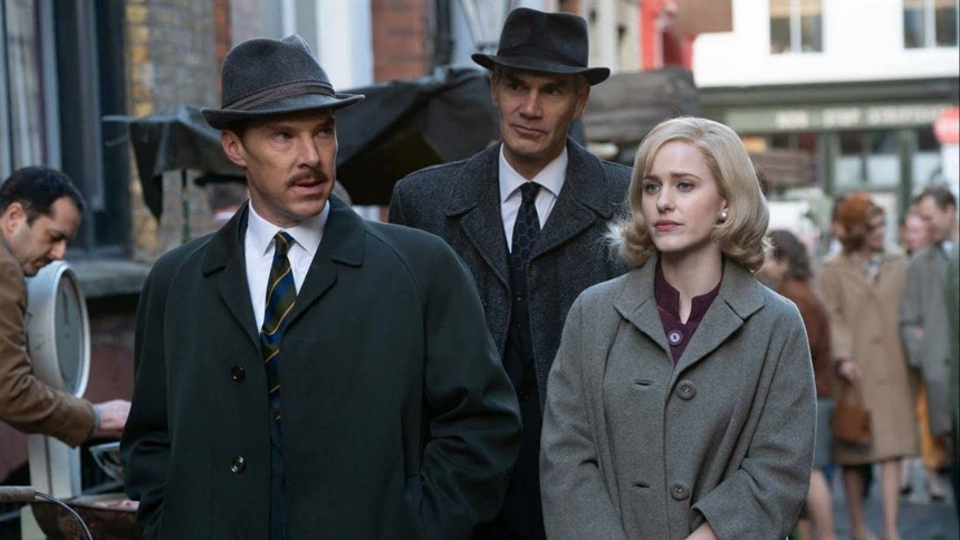 If you’re one of the leftovers from the 1980s and 1990s, you’ve probably heard of the Cold War and its tensions. I remember, for example, listening to my uncles debate – one conservative and the other socialist – about who was more right: the United States or the USSR. From the Truman doctrine in 1947 until the death and burial of the USSR – at least symbolically – in 1991, the second half of the twentieth century has lived under constant and haunting tension.

The USSR and the Free West were engaged in a rhetorical, political, economic and military battle for domination of the globe. The geopolitical barbs, threats and moments near to war were so glaring that thousands of popular underground shelters were built in many countries. Families stored food for months, knowing that a nuclear war between the West and the USSR was almost inevitable. There have been times, explains French historian Stéphane Courtois, when the aftershocks of war were so real that leaders were woken up by their intelligence services at dawn to prepare for the impending war.

It is the stifling and politically chaotic environment that director Dominic Cooke managed to recreate with rare mastery in the film with little glitter in mainstream domestic audiences, namely, The English Spy (available on Amazon Prime Video ). The main role was given to the talented Benedict Cumberbatch, playing the Englishman Greville Wynne, mechanical engineer and businessman responsible for establishing English industries throughout Europe. In the plot, Wynne was chosen by the MI6 and CIA intelligence services for the mission of being the contact of the Western spy infiltrated in the high command of the USSR, Colonel Oleg Penkovsky memorably played by Merab Ninidze .

The film depicts the exact moment when, after a long period of information vacuum, Western intelligence services began to receive privileged reports on Soviet military plans. The trump card was obvious because, since the secret information was sent from a high military command of the Communist Empire, it meant that the data, documents and photos had a colossal chance of being really important information that would secure an advantage. . the communists. But there was a problem with that: How do you smuggle such information to the West without the content – sooner or later – attracting the paranoid attention of Communist intelligence? This is exactly where businessman Wynne comes in.

The film was based on real events, which makes Wynne and Penkovsky’s direction even more impressive. The contents stolen from the USSR by the colonel – and later sent to the United Kingdom and the United States – were nothing less than the main Soviet military strategy in order to match its military might with that of the United States. , namely: placing nuclear warheads on Cuban soil, ready to be fired at the United States in a possible Western invasion or attack.

Western strategists generally understood that if this happened, the USSR could easily establish political and strategic domination over much of the civilized world. Thus, strongly tilt the geopolitical balance towards communism.

The film begins when Penkovsky discovers that Soviet missiles are being sent to Fidel Island. It was at this precise moment that Penkovsky activated his espionage mission, later becoming one of the West’s most important spies in the last century.

As said before, such a military equivalence between the URRS and the United States would place the Communist Empire on a military par with the West as a whole, practically forcing less important countries to bow to the Soviet will. so as not to become targets as well. in potential.

Without any temporal and reactionary nostalgia, it is easy enough to assume that history would most likely have followed the path of contempt for individual, economic and political freedoms, culminating in authoritarian limbo, had the USSR successfully followed the sketched plan. . The failure of the USSR’s political project has a lot to do with the colossal and unsustainable military spending spent on the goal of military equalization with the United States. It is evident in this way how much the courage and achievements of Penkovsky and Wynne were decisive for the victory of the political and democratic model of the West.

I will now be careful not to spread unnecessary spoils, I highlight three fundamental and laudable points of the feature film commented on here. Go on.

Wynne has been portrayed as an ordinary man, torn between the glamor of being an official Western spy and the fear of ending his prosperous life in its prime. The internal plot of the film manages to portray with extreme happiness this dubious character from the psyche of a successful man, with an established family, and at the financial peak of his business, co-opted by Western intelligence with the mission to go to the USSR meets Colonel and Western spy Oleg, under risky economic pretexts. All of this for the central purpose of getting information and documents from there to here, of course. The second point to emphasize is the very elaborate and faithful description of Soviet social realities, as well as the Communist strategies of investigation and punishment of traitors. However, I insist more closely on the director’s sensitivity to recreate the social paranoia described in Penkovsky’s memorable dialogues during the film; the apparent impression of social normality that existed in Moscow – argues the Colonel – was nothing more than a normality fabricated by fear and ideological preaching, a political composition that masked the unhealthy atmosphere of political betrayal that existed in the most intimate circles of Soviet life. However, all of this has been portrayed with extreme subtlety and skill, without appearing to the most attentive ears as superficial anti-Communist ideological propaganda. In one of the movie’s memorable snippets, it’s clear to see how a simple dinner could be something rehearsed; spontaneous remarks were followed by sidelong glances and ideological reflections in order to verify that no state rule had been broken, that no political denunciation to the state was necessary at the end of the meal. “Anyone can be an informant,” the Soviet colonel told the English engineer, “from the waiter to the garbage collector, from the taxi driver to the shoe shiner. The gulags recreated in the film follow an obvious study of the script. . Anyone who has read the Gulag Archipelago, by Alexander Solzhenitsyn, or Lasca, by Vladímir Zazúbrin, has the feeling that the prisons exhibited there come directly from the aforementioned books. The whole work is very well put together, the story is continuous and he never gets bored at any time. Nor a propagandist for a cause; nor fear of exposing what communism was in its political essence. The storyline, which may seem simply “based” on real events, follows an interesting parallel with the characters’ true histories – which makes it even almost biographical.

A movie to save to Amazon’s favorites list and watch at least twice. To watch, moreover, with his son or his teenage nephew trying to become a communist militant without knowing what communism really was. The film is a portrayal of frightening years of the 20th century, of conflict and hostilities that seemed endless.

However, in a way, it was also a good time, of pragmatic social pedagogy, a time when a “sense of honor” in the defense of individual freedoms was not a “fascist discourse”. Period when the heroes were real. They are found in the most diverse homes, in the most varied colors, tastes and fetishes. Days when freedom was ensured above all by the sense of the dignity of each individual. Such a conclusion may even seem like simple reactionary nostalgia for the person writing to you, but it can also be this truth that the aimless days around us have made us forget.