The women of this tribe living in China have a strange custom of wearing the hair of the ancestors. 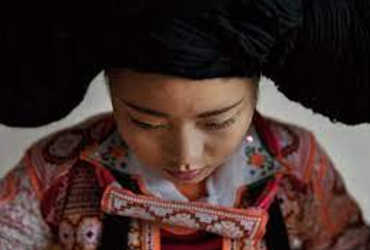 Even in modern times, some centuries-old traditions are astonishing. The Miao people live in the southwest of Guizhou, China. Miao is said to carry his history with him. This is because the women of this tribe wear wigs of ancestral hair, this strange custom has been going on for centuries. Usually women throw the hair falling on their head on their hair fall, but the women of this community collect one hair and give it to their daughters.

Centuries later, the legacy of inherited hair has grown so much that today women’s heads are covered with inherited hair. Women and young women take great pride in wearing inherited hair on festivals. According to the people of this community, decades ago men used to wear wigs of ancestral hair but this practice gradually disappeared and it is still practiced among women. Surprisingly, these people of the Chinese tribal community consider the cow as a sacred animal. Since no such feature is found in any community, many tourists try to get a closer look at the people of this tribe in Guizhou.