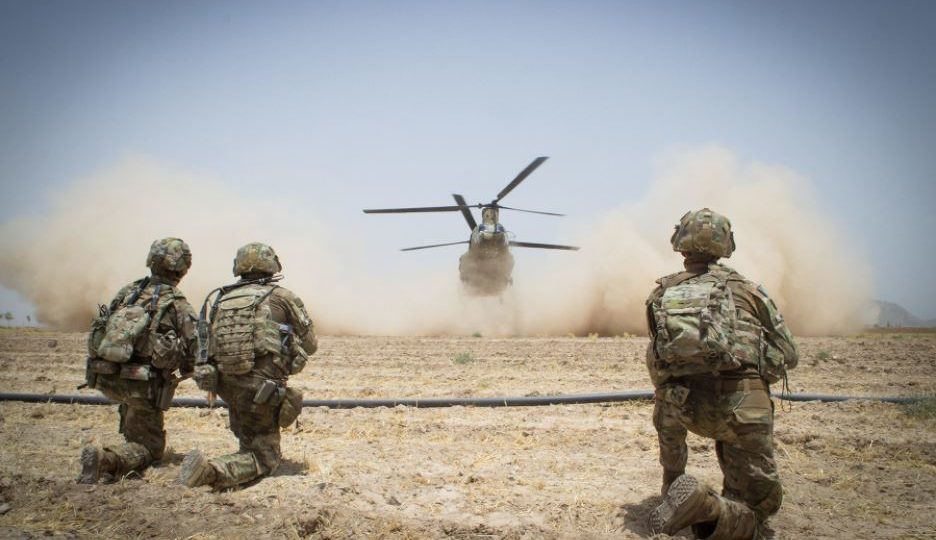 US Army paratroopers secure the landing zone of a CH-47 Chinool helicopter in Kandahar, Afghanistan in July 2019. The war in the Asian country has already cost the United States more than $ 2 trillion. | Photo: Major of the Army. Thomas Cieslak / US Department of Defense

US President Joe Biden has announced his intention to complete the withdrawal of US troops from Afghanistan by September, a move that would end a 20-year conflict.

“The war in Afghanistan was never intended as a multigenerational endeavor,” Biden said. “We have been attacked. We have entered the war with clear objectives. We have achieved those objectives. Bin Laden is dead and Al Qaeda is degraded in Afghanistan and it is time to end the eternal war.”

“It is time for US troops to return home,” the president concluded.

Critics from the more belligerent wing have repudiated Biden, calling the move “premature” and warning that the end of the US military occupation of Afghanistan could have serious consequences if a hypothetical terrorist threat arises in the absence of the forces. American. But a new report reveals that the real costs of continuing this conflict are huge and growing.

Brown University’s War Costs Project just released an analysis showing that the war in Afghanistan has already cost the United States at least $ 2.261 billion, or about $ 16,000 per federal taxpayer. But the report notes that these costs are underestimated because the figures do not include the money Americans are required to pay for the future health costs of Afghan veterans, nor the payment of future interest on the money. that we borrow to finance the conflict.

Details of the total amount of US $ 2.261 trillion spent by the United States in the war in Afghanistan:

In addition, Brown University reports on the human cost that the conflict has caused.

The analysis estimates that 241,000 people lost their lives in the war in Afghanistan, including 2,442 members of the US military, nearly 4,000 US contractors and more than 71,000 civilians. And, again, these numbers are likely to be underestimated, as they do not include indirect deaths from hunger, disease, water scarcity and more that result from damage during the war.

This new report is just one more reminder that the full scope of the war in Afghanistan against human and economic costs is incomprehensible. Anyone who claims that we must perpetuate the war forever must face the extraordinary price that the involvement of the United States has caused.

This is how I renewed the lighting at home by opting for LED-type recessed luminaires.

Edmond de Goncourt: dreamy and melancholy with a nasty tendency |