The US had provided these fighter jets to Afghanistan to wipe out the Taliban. 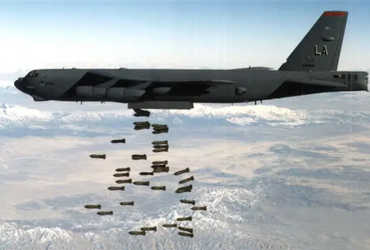 Taliban attacks in Afghanistan are increasing continuously. Meanwhile, US President Joe Biden has ordered the delivery of B-52 bombers and Specter gunships to target Taliban militants moving towards major cities in Afghanistan.

A B-52 aircraft was going to Afghanistan from a Qatari airbase. The aircraft are targeting Kandahar, Herat and Lashkar Gah areas of Helmand state. However, this has not been confirmed by the US or the Afghan military.

The Boeing B-52 is a long-range, subsonic, jet-powered strategic bomber that can carry up to 32 tons of warheads at a time. The Boeing B-52 is said to have played a key role in the overthrow of the Taliban in late 2001. According to reports, the B-52 has not been used in Afghanistan for the last one year.