The toll of the earthquake in Haiti stands at 2,189 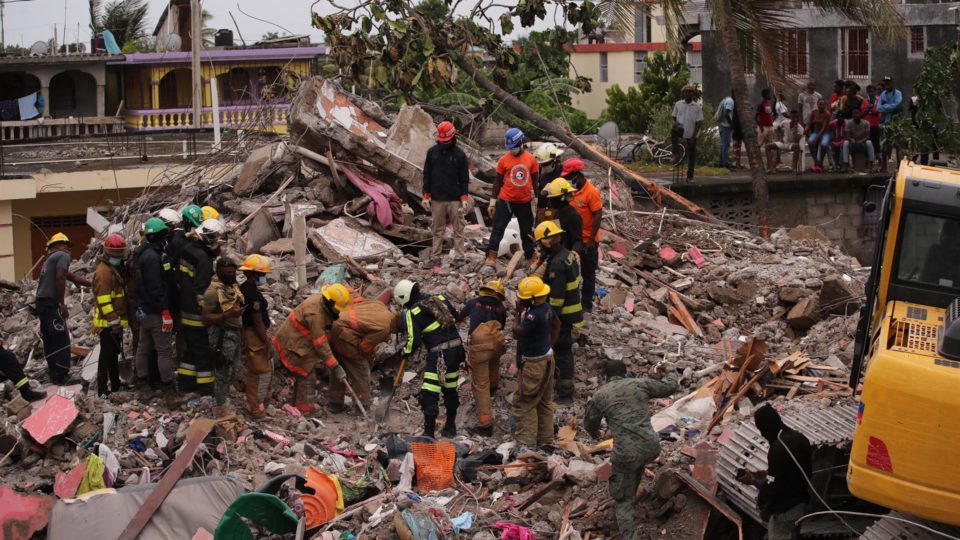 Rescuers are working to find the victims and survivors of the earthquake that rocked the country on Saturday in Les Cayes (Haiti) | Photo: Orlando Barria / EFE

The 7.2 magnitude earthquake on the Richter scale that struck southwestern Haiti last Saturday left at least 2,189 dead and 12,268 injured, according to an official report of the tragedy released Wednesday by Civil Defense from the Caribbean country.

248 more deaths have been reported compared to the bulletin released yesterday. In addition, the number of missing is 332. Across the country, 52,953 houses were destroyed and another 77,006 suffered various damages. The most affected city is Marigot, where 500 of its 615 houses have collapsed.

Haitian authorities estimate that around 650,000 people are in urgent need of humanitarian aid, which represents around 40% of the population in the three departments most affected by the earthquake. In one of them, the southern department, 1,832 people died.

The earthquake was the second deadliest in Latin America in the past 25 years, just behind that of 2010, which also occurred in the Caribbean country and killed nearly 300,000 people.