the Taliban tipped to be president of Afghanistan 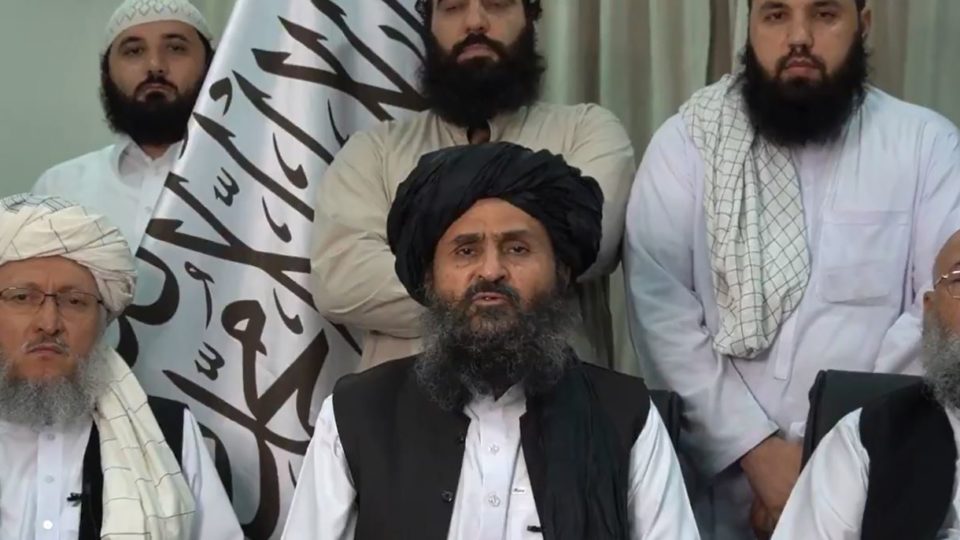 Mullah Abdul Ghani Baradar, one of the founders of the Taliban who was released from a prison in Pakistan three years ago at the behest of the United States, returned to Afghanistan after the collapse of Kabul and declared the victory of the Islamic fundamentalist group after two decades of conflict.

Baradar is the most public face of the Taliban and will likely be announced as the next president of Afghanistan. Head of the group’s political bureau in Doha, Qatar, Baradar ranks just below Mawlawi Akhundzada, the Taliban’s supreme commander since 2016 and its highest political, religious and military authority.

He was born in 1968 in the Afghan province of Uruzgan and grew up in Kandahar, the homeland of the Taliban. In the 1980s, he was among the Mujahedin who fought the Soviet invasion of Afghanistan.

Amid the civil war that followed the Soviet withdrawal, Baradar founded the Taliban alongside his brother-in-law Mohammed Omar in 1994. He was part of the Afghan government under the Taliban and became an important military strategist for the group. , who commanded the Taliban in Afghanistan until 2001, when the regime was overthrown by US-led troops. Baradar was deputy defense minister when he was removed from his post.

Released from prison at the request of the United States

After the fall of the Taliban, Baradar lived in hiding and is said to have remained active at the head of the group in exile. His reputation was that of a powerful military leader and a quiet political operator.

Baradar was arrested in 2010 during a joint US-Pakistani operation. However, he was released in 2018 at the request of the government of US President Donald Trump, being released from prison in Pakistan and settling in Qatar. Trump’s envoy to Afghanistan, Zalmay Khalilzad, has called for Baradar’s release so he can lead the peace talks.

He was then appointed head of the Taliban political bureau in Qatar – which had been installed in 2013 at the request of the United States to facilitate the peace talks – and oversaw the signing of the agreement with the United States in Doha. in February 2020, which provided for the withdrawal. US troops from Afghanistan. In return, the Taliban have vowed not to use the Asian country as a base for attacks against the United States or its allies.

Abdul Ghani Baradar arrived in Afghanistan on Tuesday (17), after declaring the end of the war and the victory of the group, which represents the first official trip of a Taliban leader to the country since the fall of the insurgent regime in 2001 .

After leaving Doha with a Taliban delegation, Abdul Ghani Baradar “arrived at the end of the afternoon at Kandahar airport in Afghanistan,” the group’s political spokesperson, Naeem Wardak, reported on Twitter.

The political leader was received in Kandahar by “special protocol units”, anticipated a member of the Taliban press, Muhammad Jalal.

This is apparently the first time since the fall of the Taliban regime with the US invasion in 2001 that a high-level delegation from the group has visited Afghanistan. It is also significant that the first destination is not Kabul but Kandahar, the cradle of the movement.

The trip comes a day after Mullah Baradar himself declared the end of the Afghan war with the victory of the rebels, a feat of unexpected rapidity that ended on Sunday with the flight of Afghan President Ashraf Ghani and the inexhaustible blood test in Kabul.

“We have won an unexpected victory. We must show humility before Allah,” the former number two rebel movement said in a video message, the first public statement by a Taliban leader after conquering the country.

Baradar called this historic moment after the insurgent victory a “moment of proof”. “Now it’s about how we serve and protect our people, and how we secure their future, to provide a good life in the best possible way,” he added.

The Taliban took control of Kabul on Sunday after its fighters entered the capital without encountering resistance, with nearly all provinces under control.

Since then, the Taliban have sought to show that no one has to fear their coming to power and have insisted that they will forgive all Afghans who worked alongside the “invaders” or the Afghan government during the 20 years of war.

On the second day of insurgent Kabul, the city began to awaken timidly, with traffic returning to the capital and a few open businesses, while the population continued to fear the Taliban’s ultimate intention.