The Taliban, relying on China’s ‘money’, said that it is our pass for markets around the world. 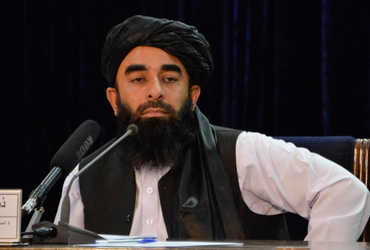 There are copper mines in the country, which can be modernized again with the help of China: Zabiullah

The Taliban will try to deal with the economic crisis in Afghanistan with the help of China. Taliban spokesman Zabiullah Mujahid said this. In an interview with an Italian newspaper, he said the Taliban would primarily depend on the withdrawal of US troops from Afghanistan and aid from China after the country’s occupation.

Financial aid withheld by other countries

Western countries have stopped financial aid to Afghanistan since leaving Kabul. The Taliban now sees only Chinese support. “China is our most important partner and represents a unique and extraordinary opportunity for us,” Zabiullah said. Not only this, China is ready to invest and rebuild in Afghanistan.

China is close to us

Zabiullah said that China wants to increase its global influence by opening trade routes through the New Silk Road, an important initiative. The Taliban have made it a priority. The country has copper mines, which can be operated after re-modernization with the help of China. China is our go-to for worldwide markets.