The Taliban lied that they captured Panjshiro 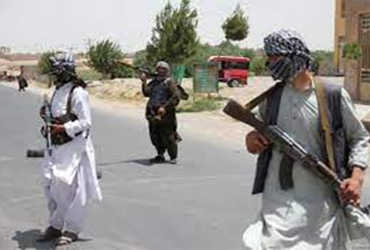 Former Vice President Amarullah Saleh says he will not bow down

The Taliban on Friday claimed to have captured the Panjshir Valley, north of Kabul, and celebrated it. But the leader of the resistance group, Ahmed Masood, said Panjshir had not fallen. The Pakistani media reported the capture of Panjshir by the Taliban. Terming the report as false, Ahmed Masood said, “The day Panjsheer did not fall will be the last day of my life.” Amrullah Saleh, Afghanistan’s former vice president and leader of the anti-Taliban group, said his allies did not bow down and did not stop fighting. Of course, we are in a difficult position. We are also being attacked by the Taliban, but we are facing a hard line. A BBC World reporter posted a video clip of it on Twitter.

“We are still facing and will continue to face,” Saleh said.

Earlier in media reports, Taliban leaders had claimed that Panjshir had fallen into the hands of the Islamic Army (Taliban).

Taliban leaders said, “By the grace of Allah, we have captured the whole of Afghanistan. The riots in Panjshir have been defeated. Panjshir is under our control.”