The strategy of siege of Afghanistan by the Taliban 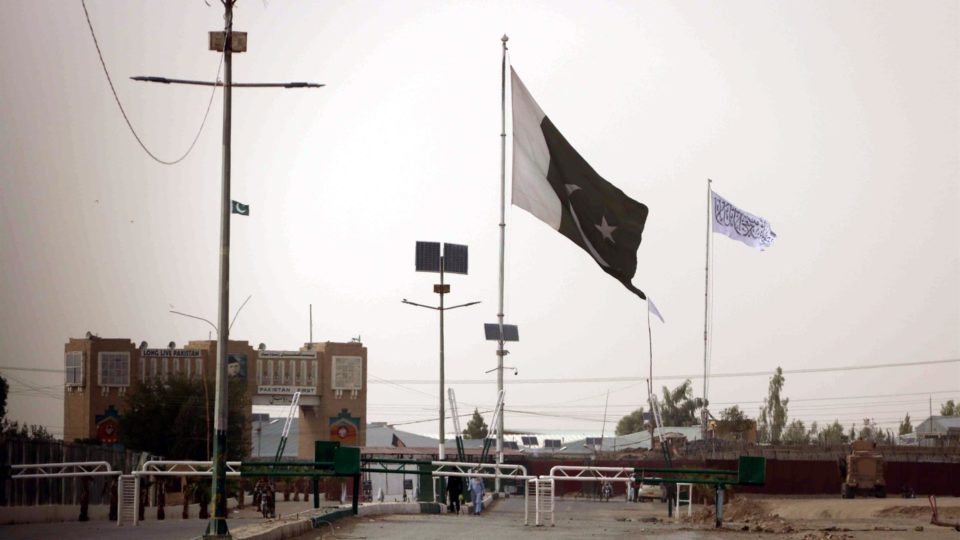 The Taliban will regain their grip on Afghanistan, in what, unfortunately, is only a matter of time. The subject has already been discussed here in our space and is, for obvious reasons, a constant presence in international news. Afghan history, since Antiquity, shows the reason for the nickname “Cemetery of Empires”. And the way Bush Jr., Obama, Trump, and Biden have handled this trajectory is very different from, interestingly, how the Taliban themselves treat their history. Apparently, the extremist group has learned from at least one mistake in its past, made shortly after its inception.

The origins of the Taliban can be traced back to the Afghan civil war, which began in 1992. After the defeat of the secular Afghan republic, allied with the Soviets, the Islamic mujahedin split into several groups. Gradually, these groups rallied on two fronts. The Northern Alliance, led by Ahmad Shah Massoud, the Lion of Panjshir, known as a moderate leader. In areas under his command, for example, girls studied and women had all rights guaranteed, unlike territories under the rival group, the Taliban, the fundamentalist group led by Mohammed Omar.

Established in mid-1994, the first major Pakistan-backed Taliban military operation was the Kabul offensive in mid-1994. The idea was to take the Afghan capital and the largest city by storm. As if, in a game of chess, one of the players was heading directly towards the opposing king, without any strategic movement of his pieces. As a result, Kabul was besieged and in the midst of a war of attrition that lasted for months and cost the Taliban heavy losses. The group emerged victorious from the war primarily because of its tactical guerrilla advantage over the mountainous regions, and not because of its initial strategy.

In the current offensive, in 2021, the Taliban are applying a different strategy. The group surrounds Afghanistan, dominating outlying regions. Mainly, border crossings, making any possible corridor between the Afghan government in Kabul and its neighbors impossible. Be it corridors of humanitarian aid, escape of refugees or military support to the government of Ashraf Ghani. At the end of June, the Taliban controlled part of the Afghan border with neighboring Uzbekistan.

Weeks later, even on July 12, it was revealed that Taliban negotiators in Qatar, where they are in talks with the Afghan government, also have channels for dialogue with Turkmenistan. Officially, the Turkmen government denies this, but the reality is that it does not want the conflict to cross its border, which is predominantly dominated by the Taliban. They don’t want to get involved in the war and they don’t want the Afghans to think the border will be a safe place.

Nor that, for that, they have to negotiate with an extremist group. Again, of course, the government denies all of this, but a Taliban delegation is said to have even visited Asgabat. Subsequently, the three border region between Afghanistan, Uzbekistan and Tajikistan was occupied by the Taliban at the Shahrtuz crossing point. On July 6, it was the turn of the border with Tajikistan to be totally controlled by extremists. Two days later, the Afghan flag was taken down from customs at Islam Qala, in the region of Herat, on the border with Iran, replaced by the white standard of the Taliban.

The name Herat may be familiar to some readers, as it was an important warehouse in the ancient arrow wheel and is cited in traditionally known novels and works. Finally, on the 14th, the Taliban captured one of the main crossing points on the longest Afghan-Pakistani border, the Friendship Gate, between the Afghan town of Wesh and the Pakistani town of Chaman. Today, the situation for the Afghan government is that it is almost completely surrounded, except for two corridors between Kabul and Pakistan, and another which connects the capital with Uzbekistan.

This is, apparently, what the Taliban learned from the mistake of 1994. Even with extremists controlling most of the Afghan territory, the largest cities and about 60% of the population are still under government control. With the “encirclement” of the borders, the government is isolated, the cities can suffer from supply problems and the population will not be able to flee or seek refuge, becoming, after the eventual victory of the Taliban, a “subject” of the emirate restored.

Another reason for this strategy may be the fear on the part of the Taliban that offensives against cities will have large negative international repercussions. It is even speculated that, as part of the agreement between the Taliban and the Trump administration, in February 2020, the Taliban would have committed to stay away from major cities. A sort of tacit division between the republic, governing the cities, and the group, governing the countryside and the mountains. The US government obviously denies such a “clause”. Moreover, history shows that the Taliban’s word is not worth much.

Something more concrete in the direction of this strategic possibility is the fact that the Taliban have curbed their offensives in urban areas and offered a truce to the government, including a possible exchange of prisoners. Urban wars are costly in every way. Military casualties, damage to infrastructure and public image. Yet even with this strategic “learning” from the Taliban and their caution on the eve of victory, the policy of surrounding Afghan borders may present a different problem for the Taliban.

Without the American presence and the impending victory of a group whose government was internationally recognized only by Pakistan, the Saudis and the United Arab Emirates, the powers and countries around them might be willing to get involved. I ask the reader to forget any preconceived notions that Afghanistan is a worthless end of the world. No, its location is strategic and its soil is rich in mineral resources. Iran, the Saudis, Turkey, Pakistan, India, China, Russia and other border countries have direct or indirect interests in the Afghan course.

The Taliban have Pakistan as their main regional ally, which in turn has China as their biggest ally and investor. On the 14th, Chinese Chancellor Wang Yi declared that the two countries “must jointly defend regional peace. The problems in Afghanistan are practical problems that we face. China, like Pakistan, is seeking to support the Afghan parties to find a solution through dialogue. ” At the same time, he is said to have asked the Taliban to distance themselves from “terrorist forces”. in the neighboring Chinese territory of Xinjiang.

Russia was more direct. The country is an ally of Tajikistan, both members of the Collective Security Treaty Organization, a sort of “successor” military link with the Soviet Union, in a simplistic analogy. Russia has a large base in the country, with more than five thousand troops in the region. Chancellor Sergei Lavrov said Tajik security is important to Moscow and that “if Tajikistan is attacked, we will honor our commitments”.

Along with the Taliban’s advances to the borders, thousands of refugees and deserters follow, fleeing for their lives. About a thousand Afghan soldiers crossed the border with Tajikistan. This, of course, also represents a risk and a problem for neighboring states. Ultimately, it serves as a prelude to the next stage of the Afghan conflict. Who will be involved in the country, under what conditions and when. Like the Taliban victory, it is not a question of “if” but “when”.