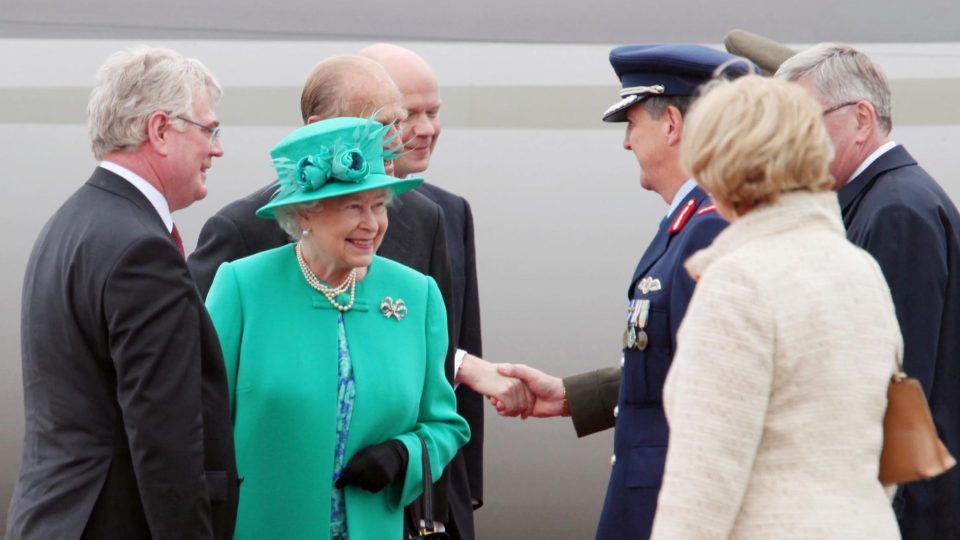 The year 2021 marks two important and symbolic anniversaries in Ireland. In the present case, on either side of the border between the island of Ireland, with the Republic of Ireland, independent, on one side, and Northern Ireland, an integral part of the United Kingdom. And the dates could not have come at a worse time, with the resumption of tensions on the island, derived from the consequences of Brexit and its agreement. By broadening the reflection beyond the short term, it is even possible to witness the genesis of the reunification of the island of Ireland.

To think with historical rigor would be a unification of the island, since Ireland has never had a centralized government, which manages the whole island independently. This union came under the English yoke, with the creation of the Kingdom of Ireland, later unified with the United Kingdom, with the forgiveness of dismissals. Coming back to the present, the post-Brexit agreement, by establishing an internal “maritime border” in the United Kingdom, to guarantee free transit between the two Irish territories.

This free transit was established as part of the Good Friday Agreement of 1998, which ended the period known as Troubles in English, “Problems”, sectarian violence between communities on the island of Ireland. Basically, on the one hand, the trade unionists, or loyalists, the inhabitants of Northern Ireland who are pro-London, mostly Protestants and descendants of English settlers. On the other, the Republicans, or pro-Ireland, the Irish who are in favor of unification, mostly Catholics.

The conflict was marked by bombardments, widespread fighting, assaults and burning buildings or cars. A war between neighbors, within the same neighborhoods, the city of Derry being the most striking example, cut in two by the border. It was around this time that names like the IRA, the Irish Republican Army organization, an Irish paramilitary group classified as terrorist by London, took over the newspapers. On the other hand, the equivalent of the IRA is the Ulster Voluntary Force, UVF.

Facilitating exchanges between neighbors and increasing trade and cultural relations was therefore a priority of the agreement, and it has worked. The opening of the internal border of the island of Ireland is the reason why the Republic of Ireland has remained outside the Schengen area, the European common area. With the UK left out, Ireland had to choose: either the island border or the European open space. They opted for the first, for the sake of peace and coexistence.

This scenario has now deteriorated. And the UK needed, as repeatedly explained in our space, to balance two things that cancel each other out after Brexit. Or the border with Europe, or the absence of a border in Ireland. Having both was impossible. In an attempt to reconcile the two, London established the border in the Irish Sea. In other words, customs and migration control will be carried out in ports, in the case of goods or people entering the British Isles, keeping the Irish border open.

This scenario did not appeal to loyalist groups, however, and the UVF, along with other paramilitary groups, announced on March 4 that they were “withdrawing their support” for the Good Friday Agreement. At the end of the month. Tensions escalated when authorities announced they would not prosecute the 24 Sinn Féin MPs in Northern Ireland for attending Bobby Storey’s funeral, violating restrictions to fight the coronavirus.

The problem is deeper. The Sinn Féin, a Republican unification party active in the two Irishmen, is considered the “IRA party”, or the post-arms IRA. And Bobby Storey was one of the main leaders of the IRA, involved in the planning of bombings, the flight of IRA prisoners and the carrying of heavy weapons. The presence of parliamentarians was seen as an affront and the violation of sanitary rules would be a legal means of sanctioning the act, which frustrated the loyalists.

From the end of March to April 10, pro-British loyalists ransacked cars and homes, attacked police cars and at least 88 North Irish police officers were injured. Many properties looted were owned by Catholic residents, which is hardly a coincidence. On April 22, 2021, a group called “New IRA” claimed responsibility for a bomb that failed in Dungiven.

The city of Derry had already faced clashes last year, during the murder of journalist Lyra McKee. The murder weapon had previously been used in attacks by paramilitary groups and four men were arrested. A worrying element of all these episodes of violence is that many of the detainees are adolescents and young people, that is to say people who supposedly were born and raised under the sign of the peace established in 1998. , with sectarian violence inherited from father to son.

On April 28, Northern Ireland’s premier, regional government Arlene Foster announced her resignation after a letter from MPs in her party asking for her departure. It is a pro-London Protestant Unionist party linked to the Ulster Resistance (UR) paramilitary group. Ulster is the geographical reference to the north of the island of Ireland. Elections are scheduled for May, in a turbulent scenario, both for domestic politics and, obviously, for the pandemic.

Also in 2021, Ulster Bank, one of the largest on the island, announced that it would concentrate its activities in the north, leaving the Republic of Ireland. The bank has had problems and has been embroiled in a mortgage scandal, however, the decision also has a political component, from the Irish and post-Brexit context. These disruptions and tensions ultimately strengthen the movement for a united Ireland. According to various election polls, today, in referendums, unification would be approved on both sides of the border.

In addition to the fact that the most radical loyalists are a minority, the Northern Irish increasingly benefit from ties within the island than from events in London. And this sentiment has been at the center of the political debate on Brexit and also on events in Scotland. The recently mourning Queen Elizabeth II took the stage this week of May, in a video message, on the 100th anniversary of the founding of Northern Ireland, with the 1921 Treaty, which ended to the Irish War of Independence.

Dressed in a green dress, the color of Saint Patrick and the Irish national color, she asked for fellowship, said the date is a “reminder of our complex relationships and our diversity”, and said the peace “is a merit of the people, of the neighbors”. In her low-key way, the queen meant that peace is not the automatic result of documents or papers, but the result of conduct, restraint and learning to live together. Several other politicians also commented on this centenary, of course.

The Queen also recalled ten years of her state visit to Dublin, capital of the Republic of Ireland, in May 2011. It was the first, and so far the only, state visit by a British monarch in Ireland, and marked the centenary. of the last visit of a British monarch to Dublin. Jorge V, the Queen’s grandfather, visited the city in 1911, when it was still part of the United Kingdom and British Domains. Historical relationships, yes, but also delicate and tenuous relationships, which can collapse in a matter of weeks. Hopefully not.

the history of the Muslim Brotherhood

Violent internal unrest between Arabs and Jews resumes in Israel