The relationship between the Olympic opening in Tokyo and international politics 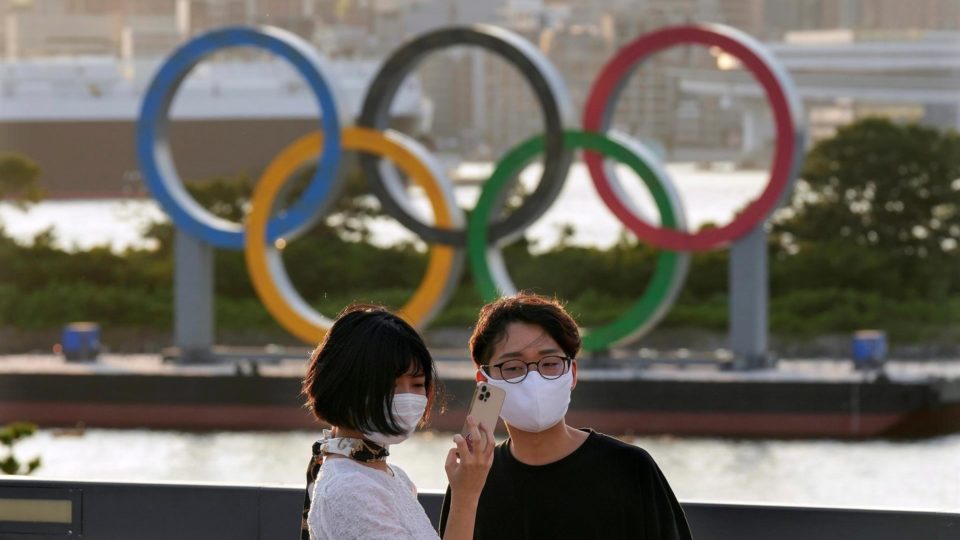 Couple take photos with the Olympic Rings Monument in Odaiba on the eve of the opening of the Olympic Games in Tokyo, Japan on July 22 | Photo: EFE / EPA / KIMIMASA MAYAMA

The opening of the 2020 Olympic Games, organized in 2021, will unfortunately not be the most animated or the most produced in history. The obvious reason is the pandemic, which has officially claimed more than four million lives, with the actual number potentially higher. There is no popular atmosphere for a big party, other than the risks of hosting an event of this magnitude, with a stadium full of spectators and thousands of professionals on top of that.

We will have a sober ceremony, a tribute with the message that life goes on. With this in mind, the chronicle moves forward and with a theme still relevant in the Olympic years: what aspects for the reader to keep an eye on the relationship between the openness of the sporting event and international politics.

We will have news and symbolism during the opening ceremony. The Parade of Nations, the official name of the parade of flags and delegations, will be emptied, with some flag bearers and authorities. Far from the immense splendor that enchanted us as children to see all these different flags and high-level sportsmen. A different aspect of this year’s Parade is the fact that countries will follow the Gojūon order, something like “Japanese alphabetical order,” in a rough oversimplification. Brazil, for example, will only be the 150th delegation. A novelty is that it will be the first Olympic participation of North Macedonia under its current name, after the agreement with Greece and the abandonment of the former Yugoslav Republic of Macedonia provisionally.

For the second time, we will have a delegation of refugee athletes represented by the Olympic flag. Unfortunately, the team has grown from 16 to 29 athletes. The “unfortunately” is happening not because of the right of these athletes to compete, of course, but because the crises that caused these population displacements have not been resolved. We can even say that some have worsened since 2016. There are three Afghan athletes, one Cameroonian, one from each of the two republics of Congo, two Eritreans, five Iranians, one Iraqi, four South Sudanese, one Sudanese, one Venezuelan and nine Syrians. Among these athletes, the most “controversial” cases are perhaps those of Iranian athletes.

A Syrian judoka fleeing the war in the Netherlands, like Sanda Aldass, for example, is an obvious, almost explicit case. The person has found himself in the midst of a civil war, which destroys his country and takes the life of his knowledge, and seeks refuge for peace and a better life. Iranian athletes, however, are at the forefront of their sport. Karate Hamoon Derafshipour was world bronze medalist in 2018. Taekwonist Kimia Alizadeh was bronze medalist at the 2016 Olympics, world bronze in 2015 and world finalist in 2017. Today he is a refugee in Canada and she is in Germany, both fleeing political persecution. Alizadeh has even become a publicly active voice to denounce the repression against women in his country of origin.

Another Iranian refugee team athlete is judoka Javad Mahjoub, whose name may evoke a memory in the reader’s mind. At the 2012 London Games, he quit the competition at the last minute, citing a “stomach problem”. In practice, he came under pressure from his country’s authorities, as the change pitted him against an Israeli athlete in his debut. He had already been forced to make a similar decision at the Worlds last year. With the growing importance conquered by Israeli judokas, something already seen in our space, it is very difficult for an athlete to be able to challenge an Olympic medal without facing the possibility of a dispute against an Israeli judoka.

Mahjoub then took refuge in Canada. At thirty, the 2013 Asian champion may have his only chance to win an Olympic medal. While it is true that the chronicle assumes this is the reason for his flight from Iran, it does so based on a similar example. Iranian judoka Saeid Mollaei, 2018 world champion with a large collection of medals in high-level competitions, will fight in Tokyo under the Mongolian flag. At the 2019 World Cup, he was forced by authorities to fake an injury and not face Israeli Sagi Muki for gold. He denounced the situation which led to the suspension of Iran by the International Judo Federation.

Fearing for his safety, he fled to Germany and later obtained asylum in Mongolia, where judo is a popular sport. Like the slap of a child’s glove, he fought in the February 2021 World Grand Prix, a contested competition in Israel, winning silver. He is a potential medalist for Mongolia, a situation brought about by the uncompromising and aggressive behavior of Iranian sports authorities, which does not honor the Olympic Truce. It is shocking that these same authorities do not realize that this policy of avoiding at all costs a sports dispute with Israel is damaging its own image. The envisaged pose is that of “strongholds against Zionism”, but they only manage to appear unsportsmanlike and devious.

Another point that will draw attention to the opening is the absence of the Russian flag. The country has been banned from the Olympics by the World Anti-Doping Agency, due to the falsification of evidence and counter-evidence during investigations into what is said to be a pattern of indiscriminate and systematic use of substances banned in the country. Such a program would have the participation of the Russian state and, as a consequence of the ban, only individual Russian athletes who have passed doping tests will be able to compete. That is, the burden of proof has been reversed, with the athlete having to prove their innocence first. There will be no possibility of competition for Russian teams in team sports. The solution was that of Russian athletes competing as “neutral athletes” under the banner of the Russian Olympic Committee.

Russian authorities have clearly protested against the ban, as have some athletes. It is therefore possible that, among the 328 members of the delegation, we have Russian competitors who express this discontent or express their solidarity with their compatriots banned from competition.

Two other missing from the games are North Korea and the Republic of Guinea. Officially, the two Olympic committees have expressed their concerns about a pandemic for the absence. In the case of Guinea, a country that has never won an Olympic medal, cost issues are also likely to be involved. The North Korean situation is more intriguing.

Kim Jong-un recently claimed that the country had made “oversights” with the pandemic. Is it possible that North Korea has a health concern in relation to gambling, how to prevent infected citizens from entering the country? Yes it is. At the same time, if the matches were played in a country other than Japan, Korea’s historic and contemporary rival, would the same decision be made? For example, the fear of not playing a good sporting role on Japanese soil, which could be a cause of national shame. In 2016, North Korean athletes won seven medals, including two gold, but all athletes in the world have seen their preparations affected by the pandemic.

How are North Korean athletes doing? Are they likely to repeat performance, or is the impact of the pandemic greater than reported? The column does not know the answer. The North Koreans also did not participate in the Seoul Games in 1988, in what was apparently a political boycott. With the rapprochement between the two Korean republics in recent years, a similar act, a political boycott, could be viewed negatively. The pandemic therefore serves as a perfect “excuse”, whether for a political act or for fear of underperformance on Japanese soil. Finally, regardless of international political issues, the most talked about country of openness will probably, once again, be Tonga, with its “fat” standard bearer, Pita Taufatofua. At least something funny in times as complicated as today.